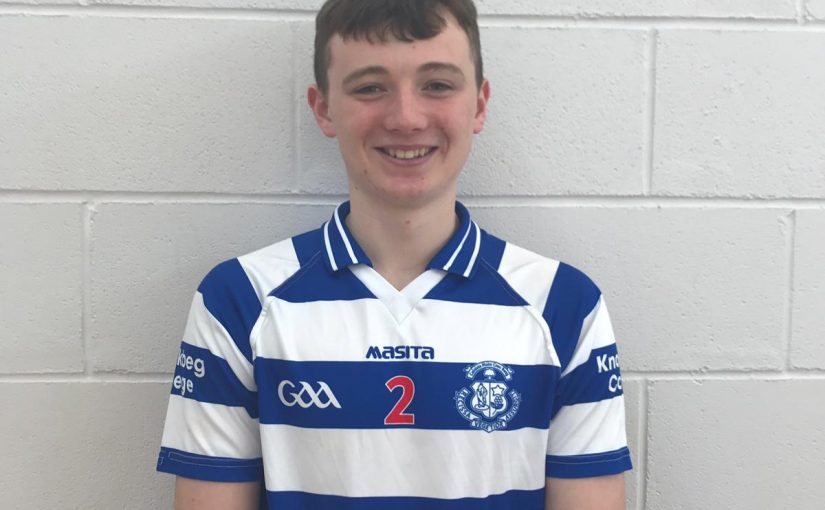 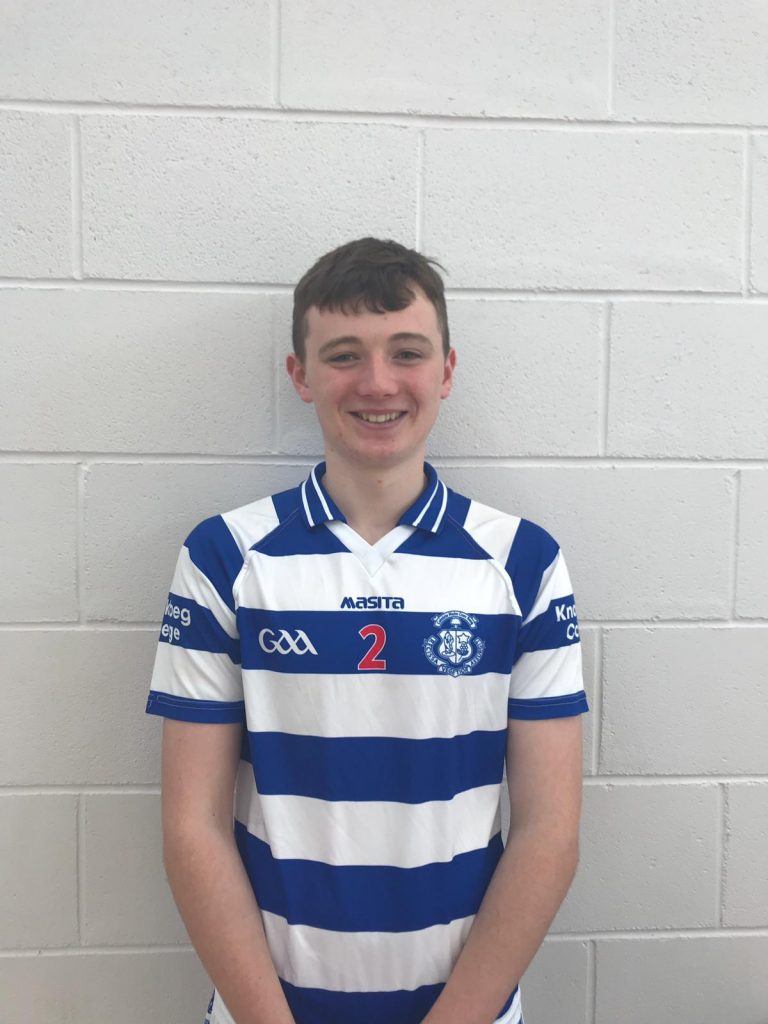 Child & Adult Mental Health Services (CAMHS) and the Irish Cancer Society will each receive over €1000 thanks to Oisín Byrne.

Set up during the Lockdown back in March, Oisin’s instagram based gaa clothing business “GAA Stock Shop”,  recently raffled off sports gear in order to raise much needed funds. 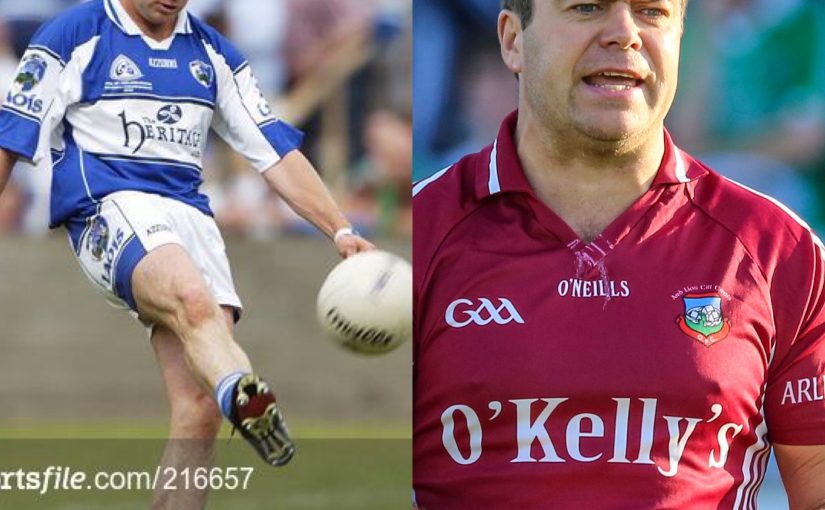 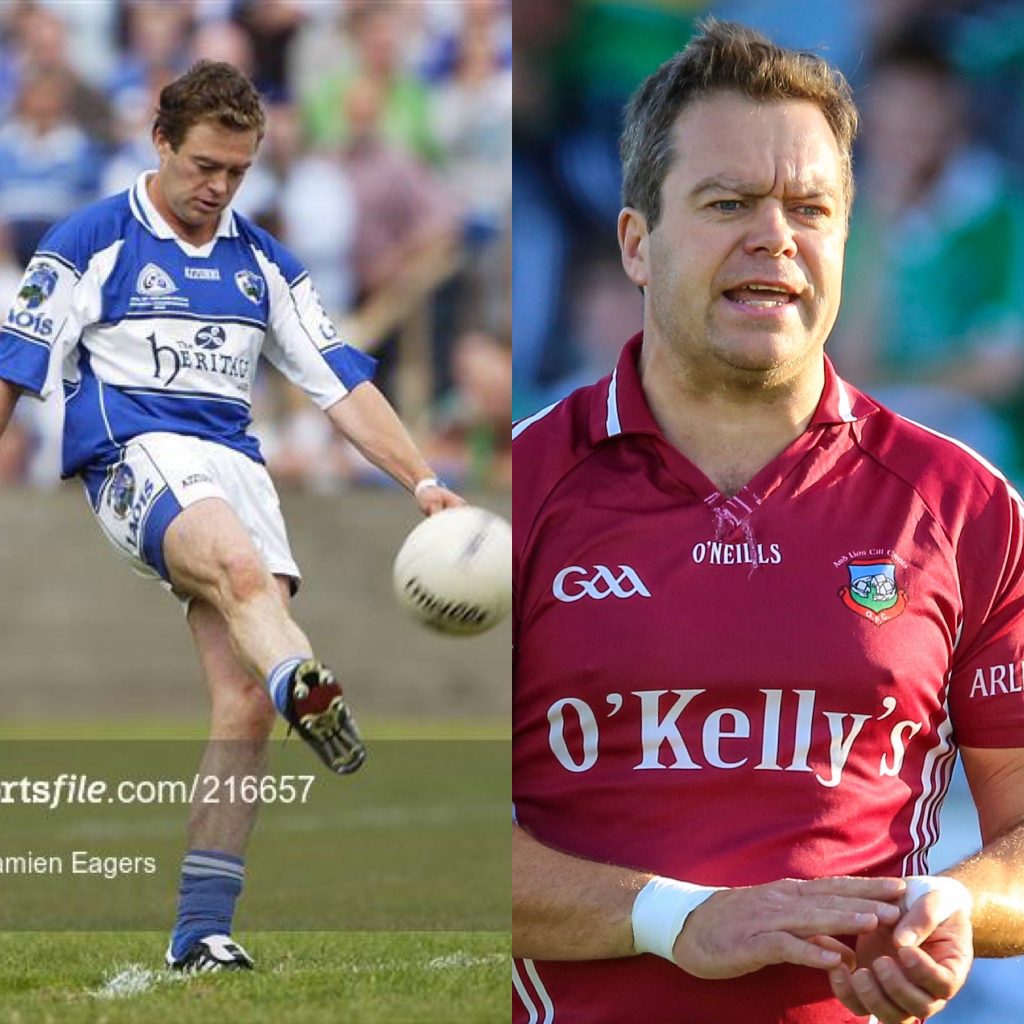 Mr Conway has been an excellent servant to both Laois and his club Arles/Kilcruise down through the years.

He discusses his playing career with past pupil, Tomás Moore, on his podcast “Inside the White Line” in great detail.

You can listen to it here: 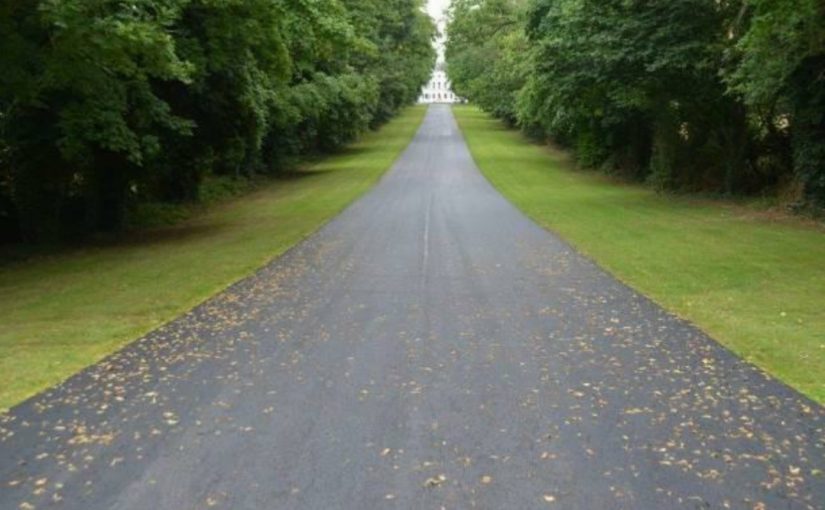 Great progress has been made over the Summer months in relation to developing our school’s campus. The Avenue has been re-surfaced and the bus bay has been extended. We are also very excited that the extension to the Pavillon is near completion. It consists of two extra dressing rooms, toilets and store rooms. A welcome addition to cater for our large number of students participating in extra-curricular activities. 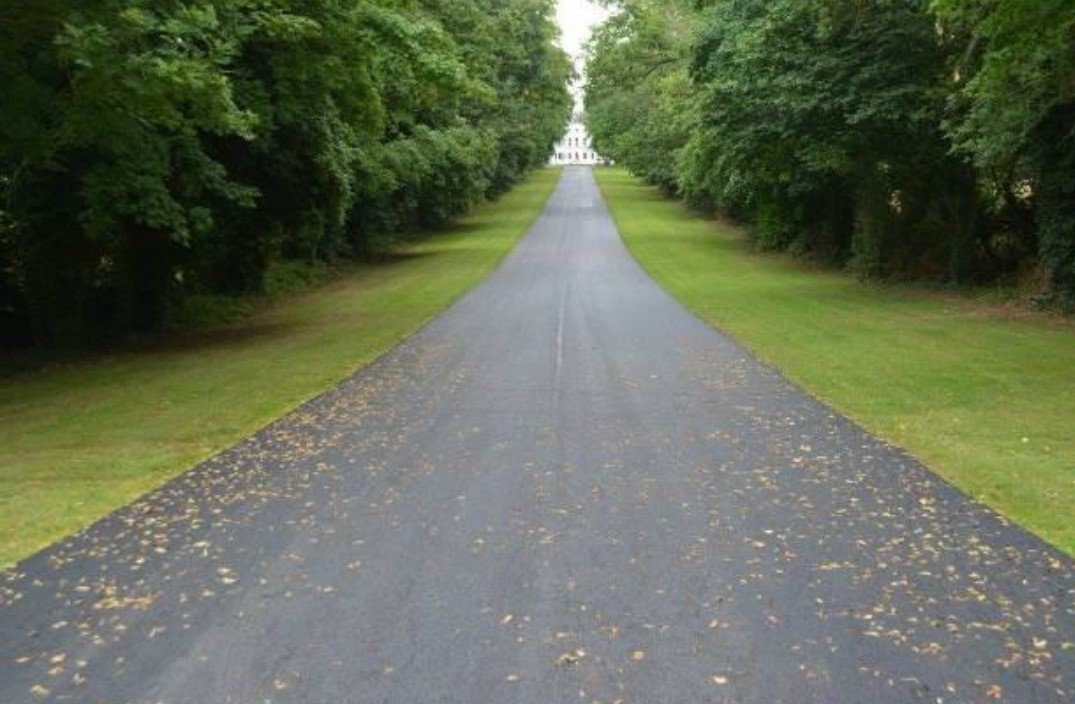 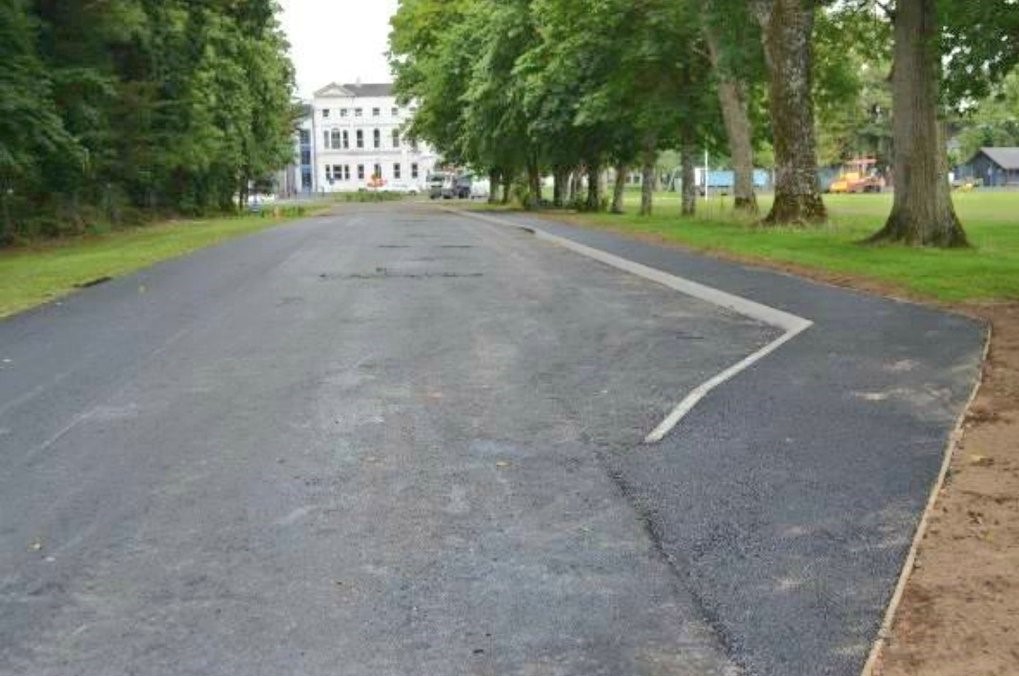 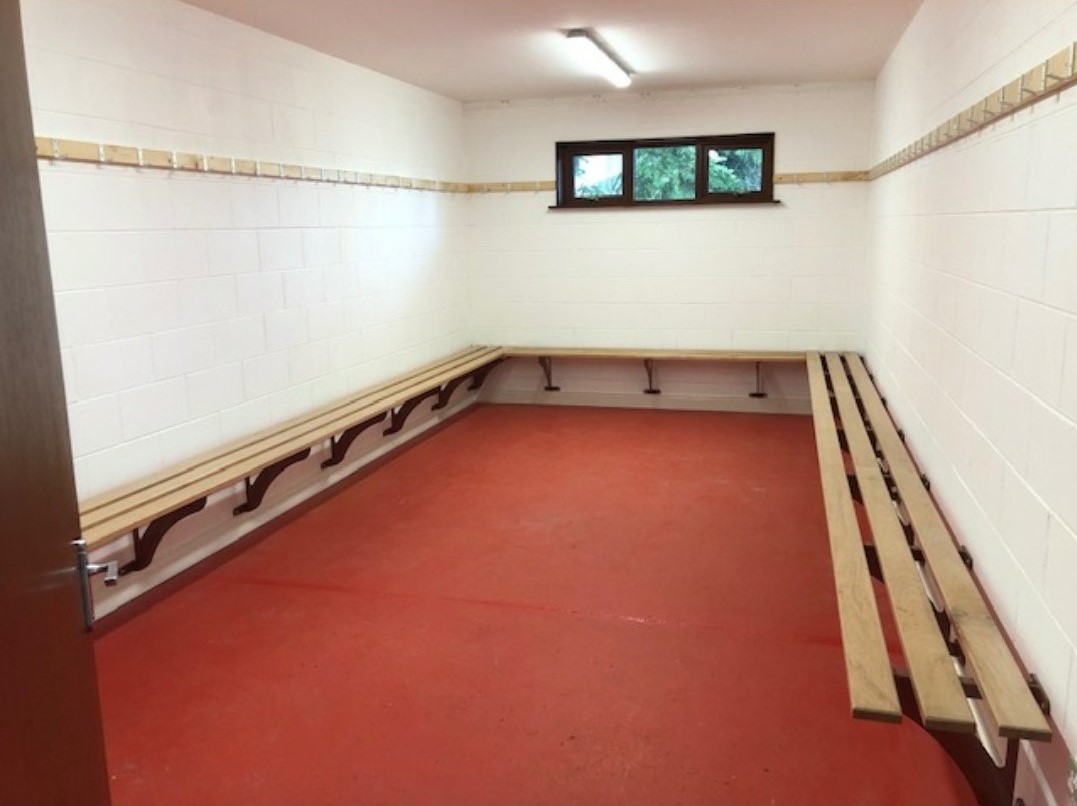 We would kindly appreciate it if you would nominate our school using the link below to help us win €5000 of National Book Tokens to help expand our school library.

There may have been more skillful All-Ireland Colleges’ finals but what this one lacked in polish it more than made up for in drama.

Knockbeg goalkeeper Colm Munnelly, brother of county senior Ross, rivalled Brennan for ‘Man of the Match’ by pulling off some dramatic saves for the first-time finalists, especially stopping Edward Hoare spectacularly in injury-time.

St Mary’s Galway had an equally heroic figure in Hoare, their barnstorming midfielder whose 0-4 (1f) in the second half cut their five-point deficit back to a point with 10 minutes remaining.

Indeed, had the Connacht champions more scoring forwards apart from Hoare and powerful full-forward Eoin Concannon, things might have been very different.

But Knockbeg, coached by Laois senior Chris Conway, got the goals at crucial stages and that was ultimately what separated them. They also had the patience to hold their nerve and take whatever opportunities came their way, several of them expertly taken by Conway’s brother David at top of the left.

St Mary’s, chasing their first title in their third final, started much stronger and kept Knockbeg scoreless for five minutes but then the diminutive Brennan started weaving his magic at centre-forward and suddenly Knockbeg had four scores from four attacks and were 1-3 to 0-1 clear.

Towering midfielder Shane O’Neill robbed Gareth Bradshaw to put Brennan through and, just seven minutes, in, the tiny tearaway rifled the net with a low rocket from 15 yards out.

Midfield was like Spaghetti Junction as both sides played only two men upfront and this tactic allowed St Mary’s James Ruane huge influence as they pulled back to trail by just a point before half-time, though that included a Conor Bohan point after 22 minutes that looked well wide.

Knockbeg still refused to panic and points from Conway and Paddy Byrne kept the deficit to just the goal (0-5 to 1-5) at half-way.

Summer showers and big-day nerves saw no score for the first 11 minutes of the second-half but then the game really came alive when a perfectly economic three-pass move saw Knockbeg’s Seán Ramsbottom rattle the net again.

Game over? Nope. Before you could blink St Mary’s struck at the other end and Munnelly had to make a brilliant double save to stop Concannon goaling and deflect a Hoare shot over the bar.

The Galway boys never gave up, completely dominating the next 12 minutes with Hoare scoring three points on the trot.

Trailing by one they then had three wides, two from placed balls, that might have swung it.

As time ticked away Brennan and Ramsbottom tagged on crucial insurance scores and then, as Mary’s threw the kitchen sink at them in one last injury-time goalmouth onslaught, Munnelly and full-back Paddy Fleming both pulled off heroic blocks to make their historic victory safe. 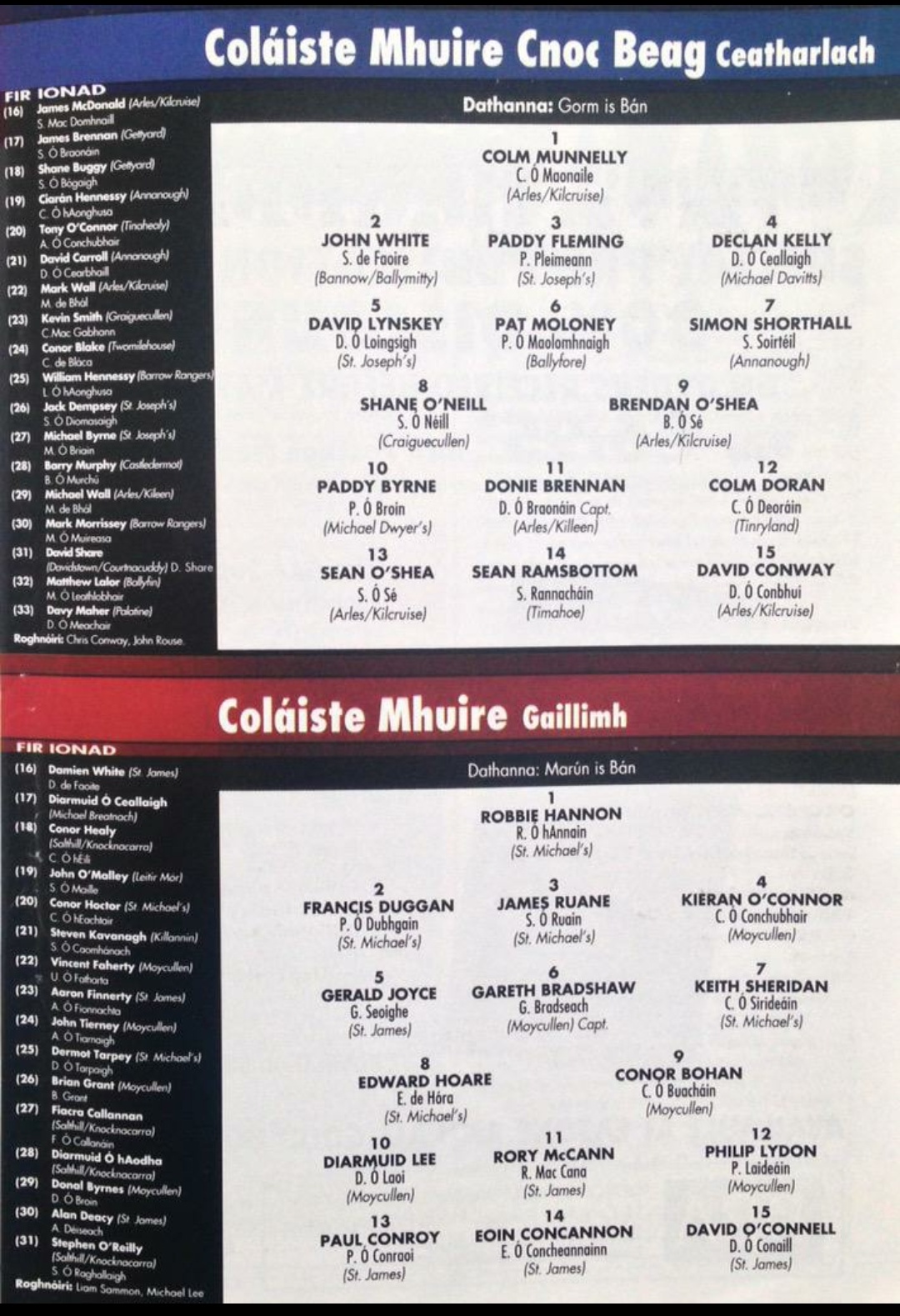 Laois Today will be showing the 2005 All Ireland A Colleges Final on their Facebook page this Friday at 8pm! 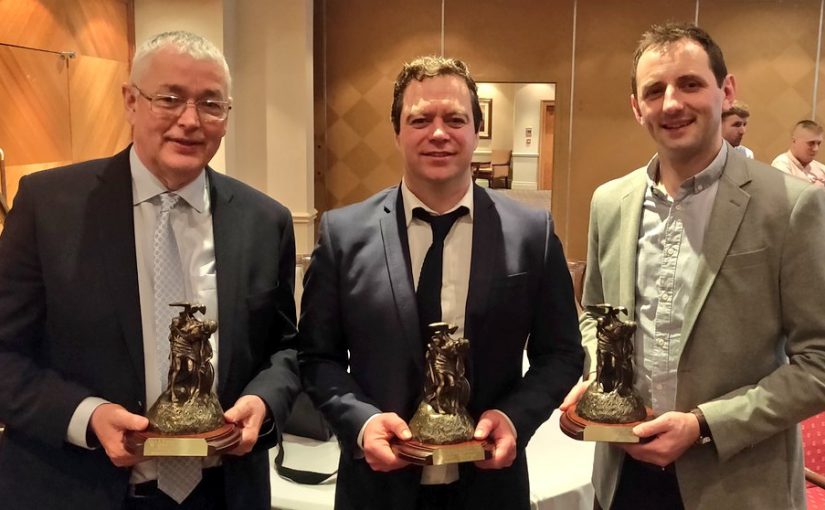 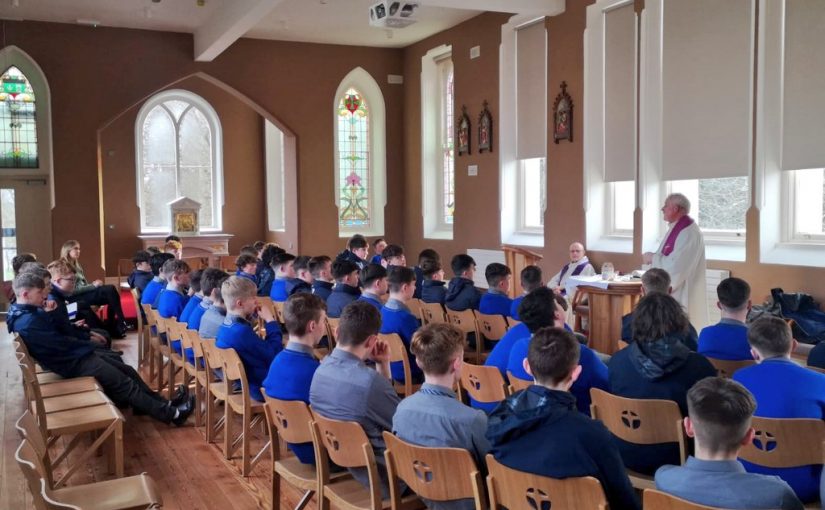 Fr Dunphy and Fr Shem administered ashes to all students to mark the beginning of Lent/Ash Wednesday in our new Chapel. 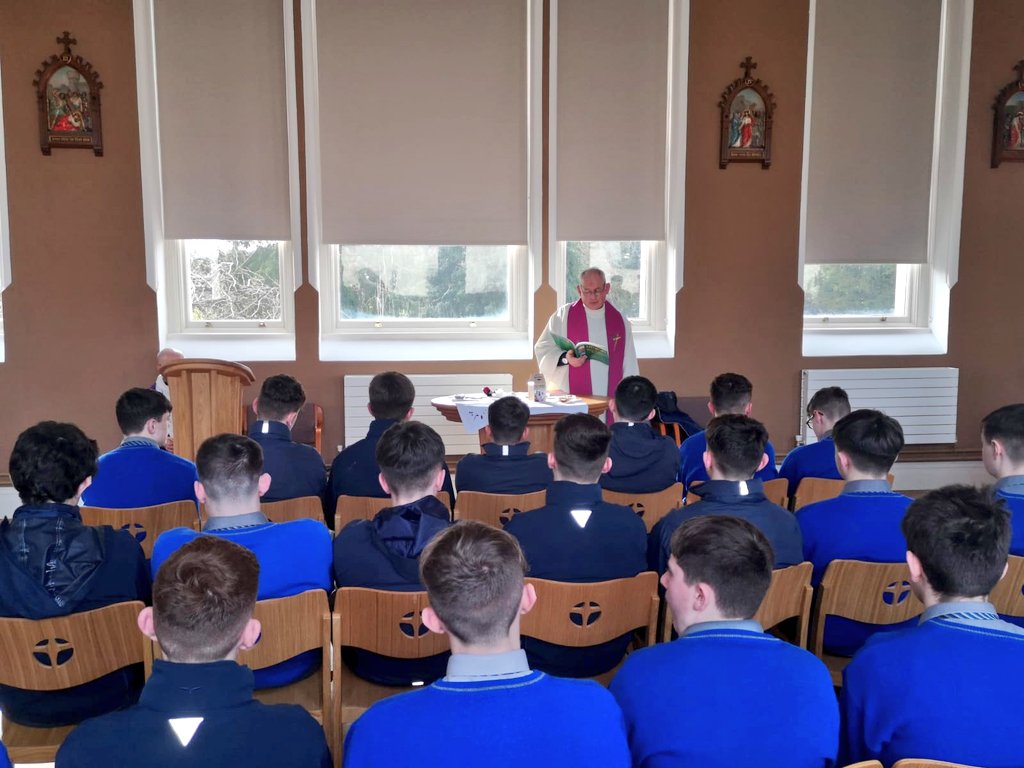 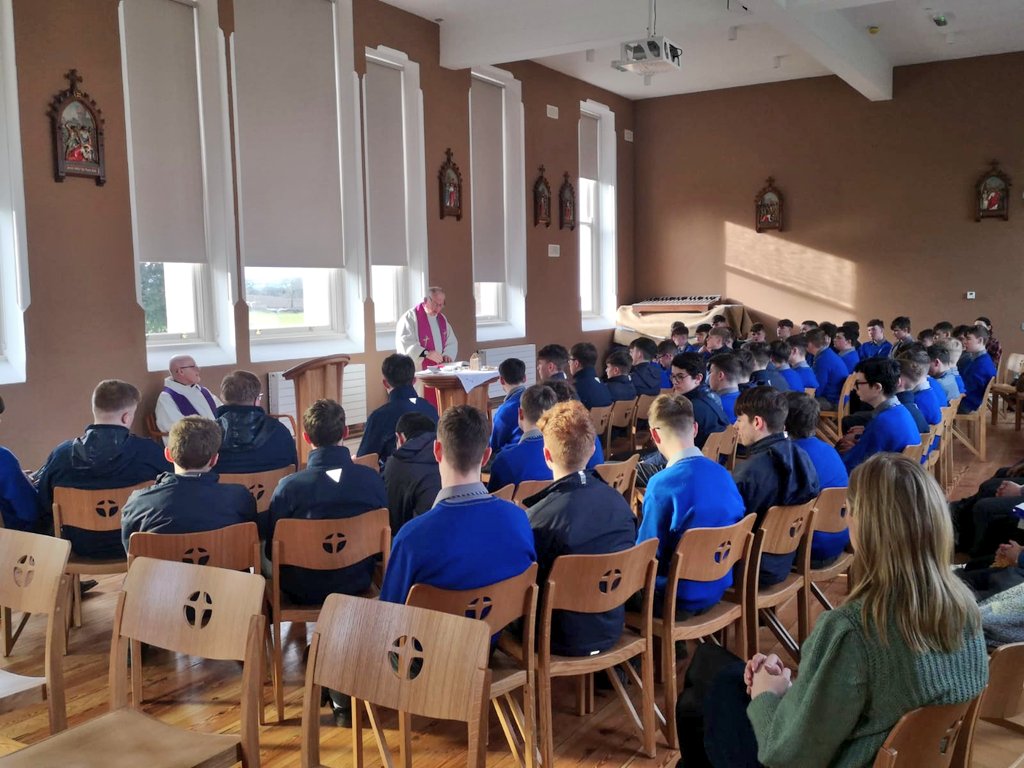 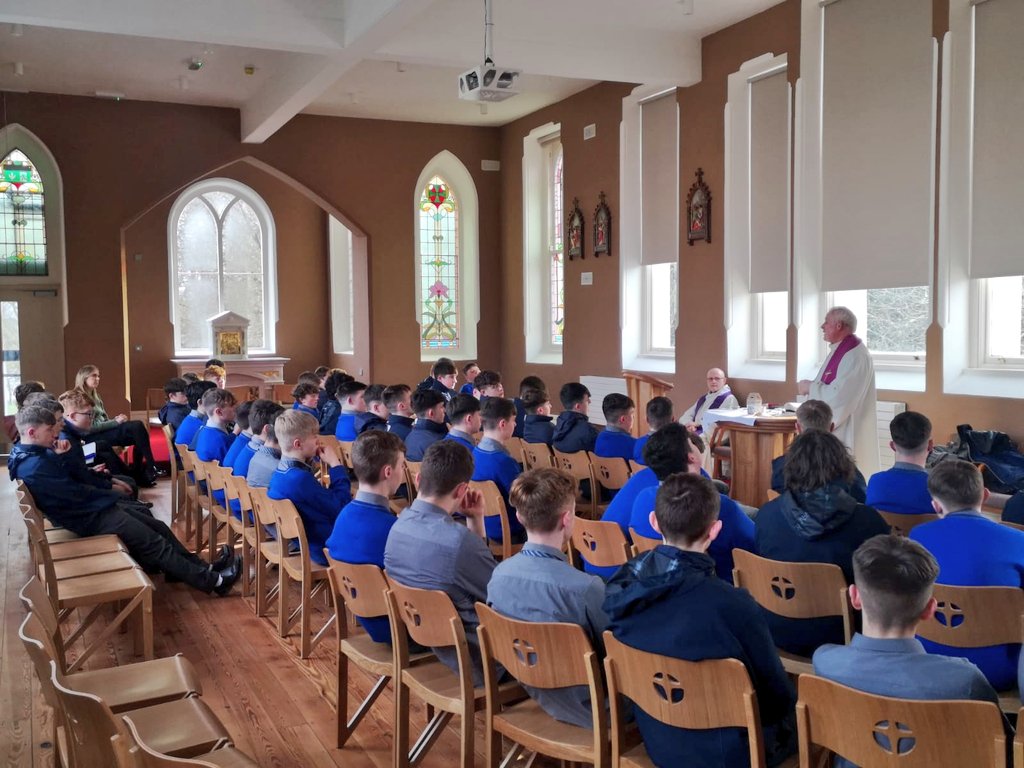 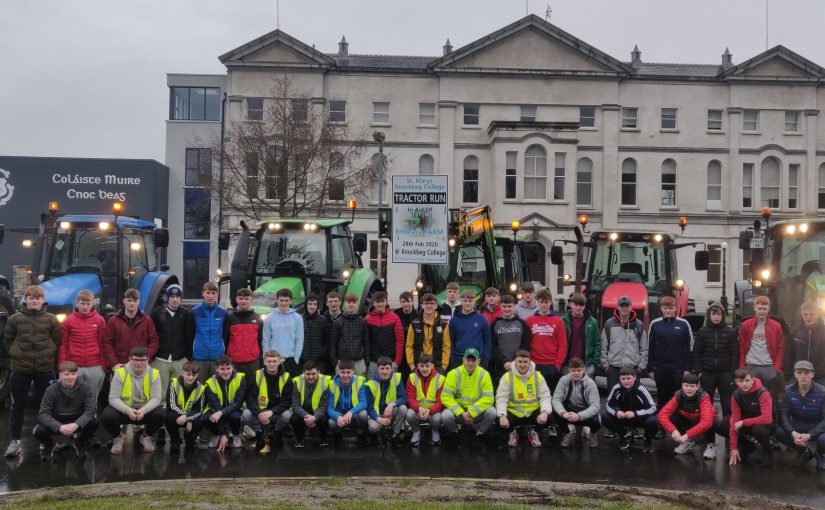 Our Annual Tractor run on Friday was a huge success, with an impressive total of twenty-three tractors on show. The aim of this student-led event was to raise awareness and funds for Embrace Farm, a Farm Accident Support Network. A non-uniform day was organised in conjunction with the event. Well done to all. 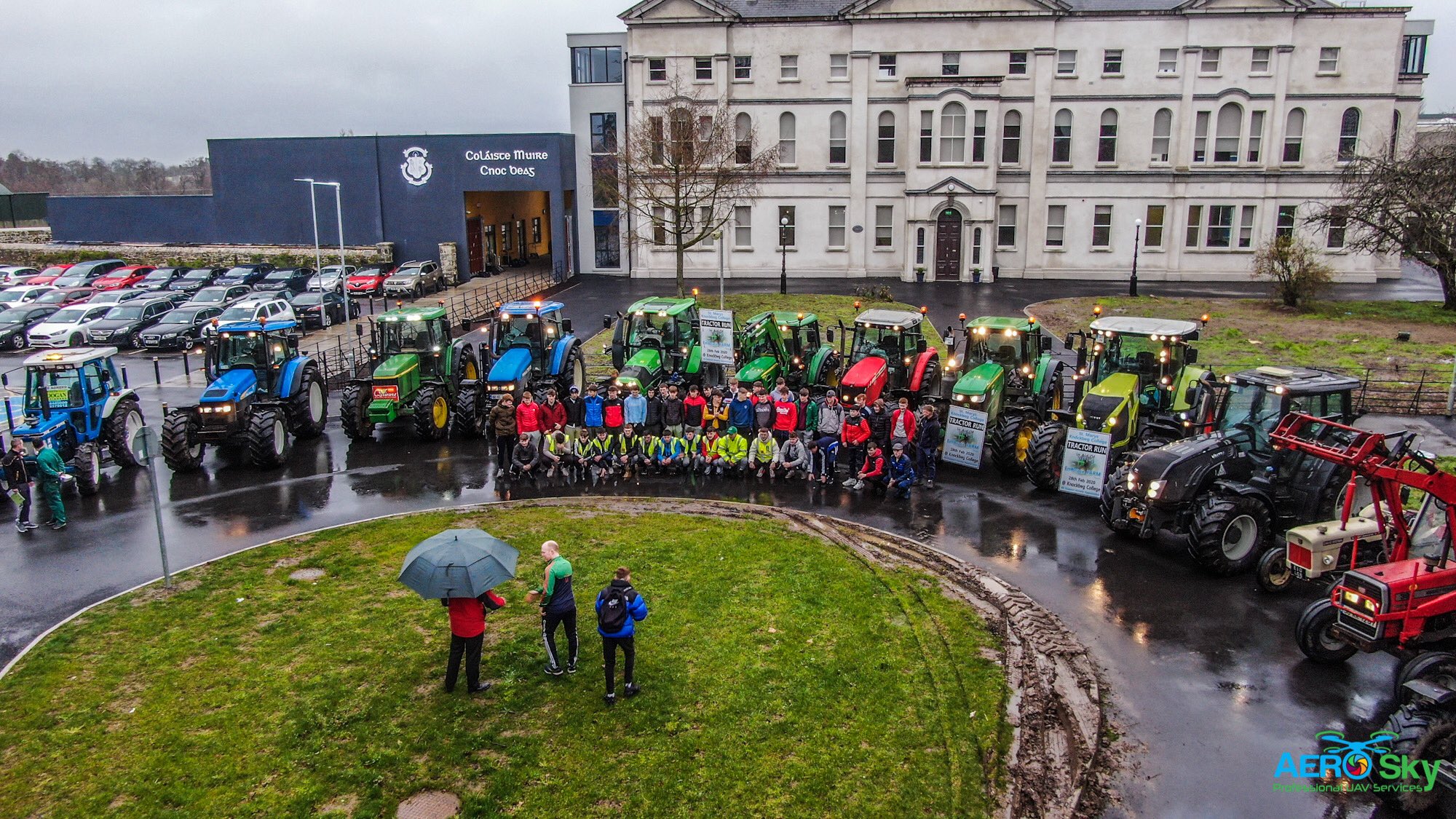 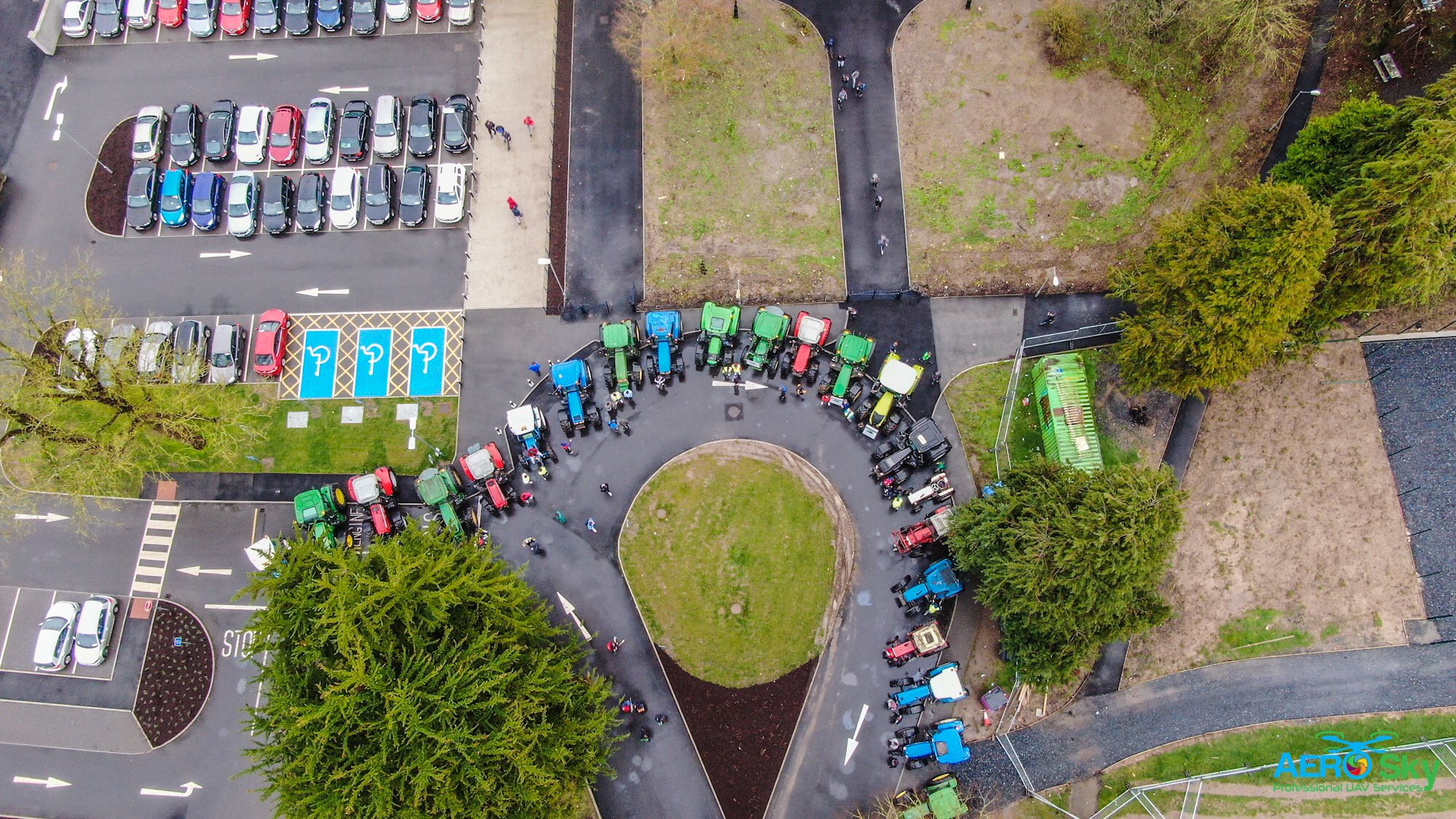 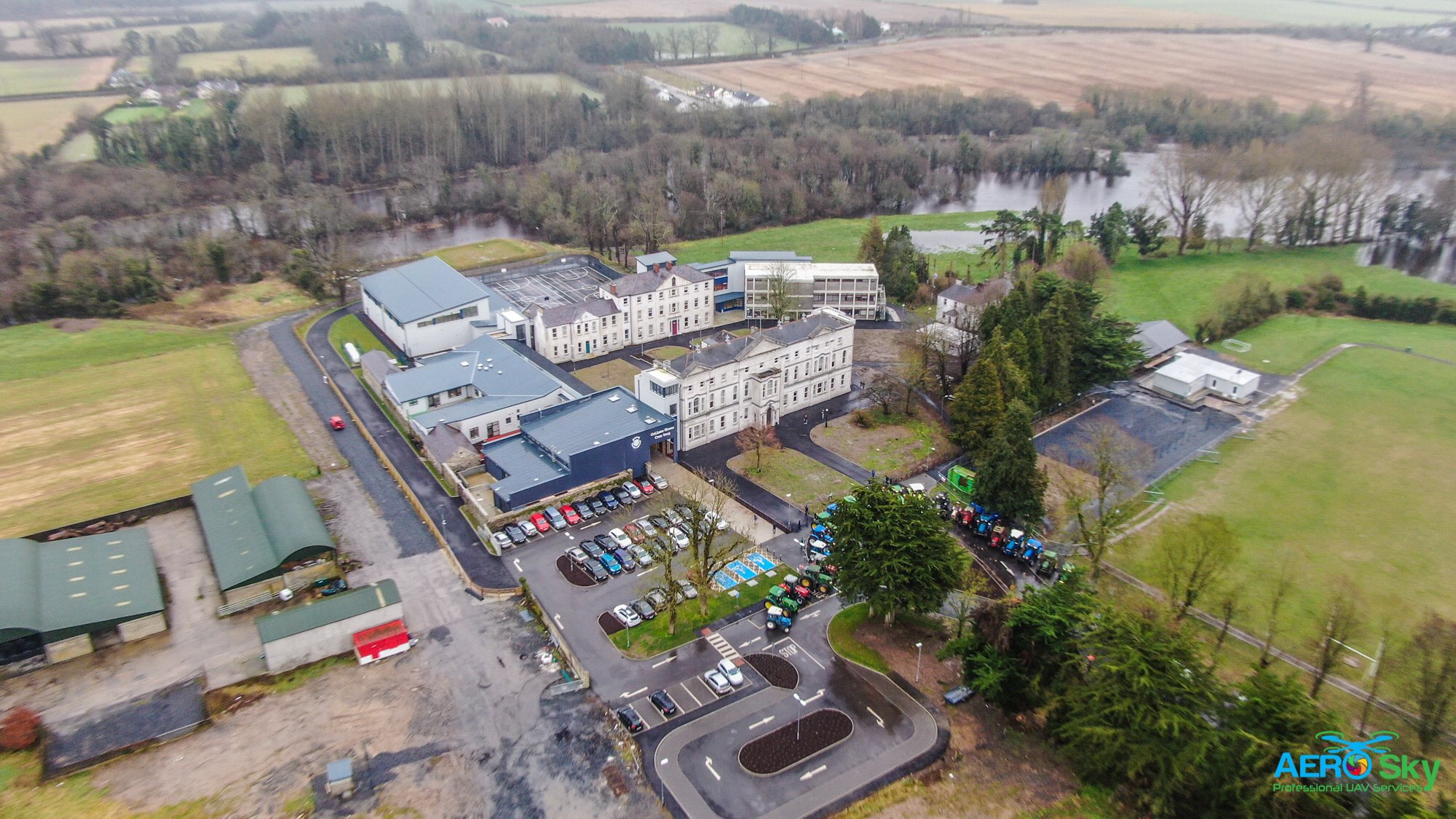