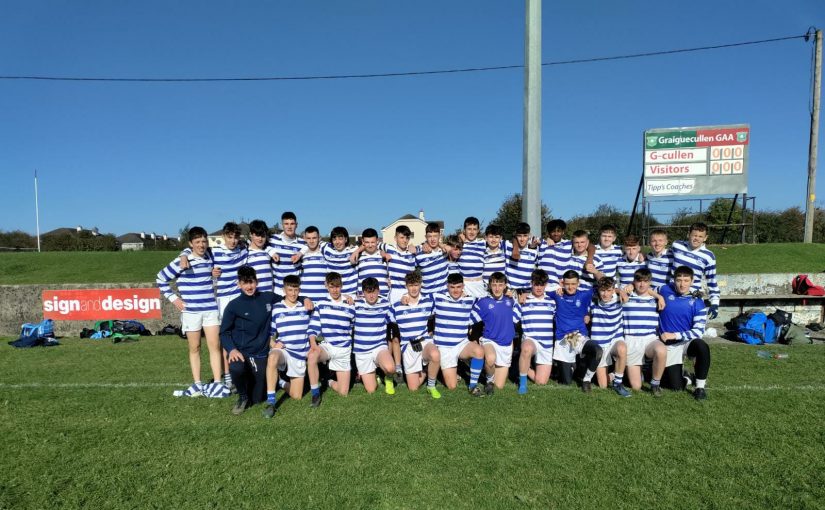 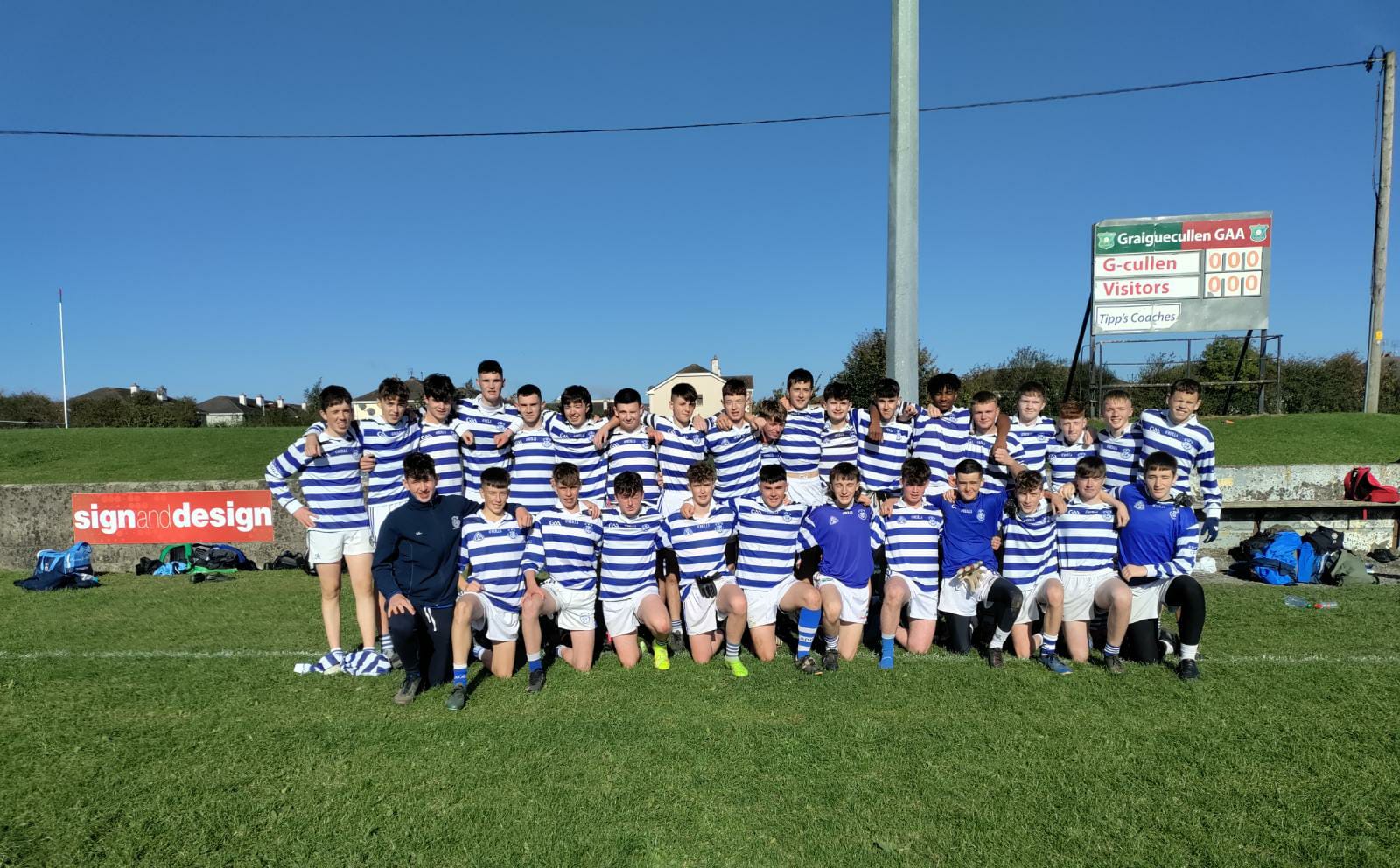 The Knockbeg Junior footballers got their championship off to a flying start on the cold morning of the 21st of October with an impressive win over St Peters of Wexford in Graiguecullen.

There was a strong wind travelling across the field, but this did not affect Mikey Murphy as he converted his first of many points of the day through a free kick from close range to give Knockbeg an early lead. St. Peters responded with one of their own shortly after, before a second Murphy free and a fine point from Jack Behan gave Knockbeg the lead once more. Knockbeg kept the scoreboard ticking over with more points from Murphy before captain Jeremy Kelly got a point for himself at the end of the half to leave the score at 0-8 to 0-1 to the men in white and blue.

Kelly opened the second half the same way he left it with a good point. Midfielder John Phiri was rewarded for his excellent fielding of kickouts alongside fellow midfielder TJ Nolan with a point of his own. The deadlock was finally broken as the lively Bobby Doyle struck for a goal. More points from Murphy, a second for John Phiri off the left, a third for Kelly and a deserved point for TJ Nolan really put daylight between the two sides. Full forward Murphy was also on hand to finish off a well worked goal, with subs Eoin Mulhall and Kyle Holden also getting their names on the scoresheet late on. Eventually the outstanding Knockbeg defence was beaten with a goal from St Peters who never gave up.

Overall, it was a brilliant team performance, which also saw fifteen subs getting a run. Big thanks to coaches Mr Conway, Ms Moore and fellow management who have helped get the lads off to a wonderful start to the season. Hopefully this is the start of even better things to come!