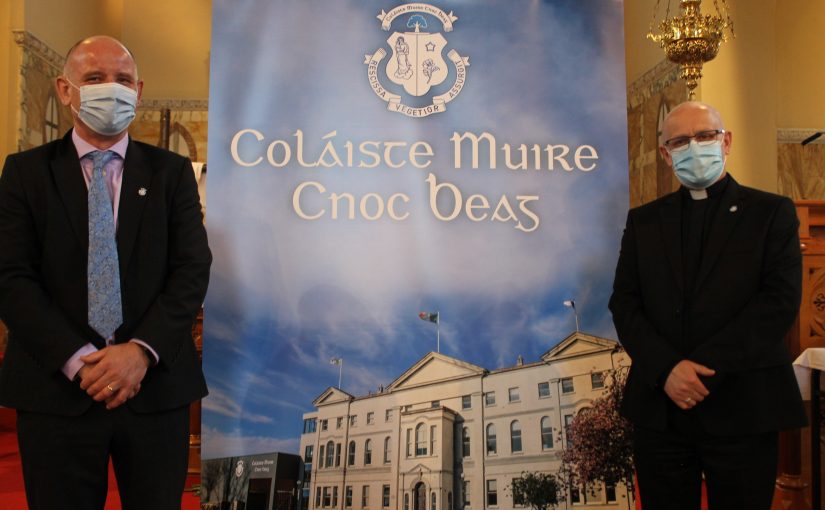 Our annual Parents’ day and Awards Ceremony was held on Tuesday 18th of May in St. Claire’s Church in Graiguecullen. Many thanks to Fr. Dunphy and all associated with St. Claire’s church for allowing us to use the facility to celebrate our end of year mass and Awards Ceremony. Mass was celebrated by Bishop Nulty, Fr. Dunphy and Fr Furlong, which was broadcast live via the parish webcam where students tuned in from their classrooms.

Monsignor Byrne has been a marvellous ambassador for Knockbeg College down through the years. He has been a valued member of the staff and has been instrumental in getting the new school to the stage it is currently at. He celebrates 60 years of being ordained a priest this year and we at Knockbeg College want to acknowledge his passion for our school and congratulate him on reaching such a huge milestone. He was presented with a framed photo of Knockbeg College by the Board of Management.

Due to the disruption throughout this year and because of the lockdown no sporting events took place in schools during 2020/2021. However from the previous year a couple of notable achievements are worthy of mention.

The second year footballers won the 2019/2020 South Leinster A trophy.

The basketballers of 2019/2020 excelled after being promoted to Div. B. Congratulation to the first year, second year and Junior squads on winning regional titles.

Congratulations to all involved.

A massive congratulations to Luke Doogue, Lee Murray, T.J. Nolan & John Phiri of third year who placed 3rd out of more than 230 teams in the all Ireland schools quiz and to Cathal Ronan, Luke Kehoe, Ben Brady and Sean Rainey of second year who placed in the top 10%.

The Green-Schools committee, despite having a challenging year, still managed to realise several of their goals. Their Green-Schools theme for the year, Litter and Waste, saw them reducing plastic waste onsite by 90% as they collected bottles for the plastic bottle Greenhouse. The TY cohort of the committee engaged in a number of awareness campaigns throughout the year which culminated in a Waste on Wednesday awareness day on May 12th. Litter has also been highlighted and reduced by a huge amount onsite.

Our schools biodiversity also increased greatly as the committee, along with Johnathon our caretaker, added a large variety of plants, bird and bat houses and bee hives around the grounds. Hopefully, all the students work over the past two years will see them receiving a well-deserved green flag for our school.

Congratulations to Lee Brennan on been chosen by the Carlow Regional Youth Group to have the opportunity to speak with Mary Robinson, former President of Ireland, on matters relating to Climate Change.

We are delighted to announce that this year our school has been awarded with our first ever flag – the amber flag. The amber flag initiative aims to promote positive mental health and well being for all students and staff within our school. Both the amber flag committee and wellbeing committee have carried out a range of various activities and initiatives during the year that has helped our school obtain the flag while also creating a safe, positive and healthy attitude towards both our physical and mental health. Together they managed to keep the positive Knockbeg Spirit alive despite the challenges we were faced with due to the arrival of covid 19. Well done to all involved for this great achievement.

Every year we invite members of the previous year’s leaving cert class, who have achieved outstanding results in their leaving cert. To recognise their endeavours and hard work, we as a staff want to acknowledge their achievements. From last years leaving cert class cohort I want to congratulate, on behalf of all in the Knockbeg community, Brodie Feeney on being a recipient of an entrance scholarship to Trinity College Dublin. Also to Ciaran O’ Hagan who was awarded an entrance scholarship to Dublin City University.

Juozas Cioladis, a third year student has been selected as the recipient of a tennis scholarship and will be attending the McCaulie School in Tennessee from next September for his fourth year in secondary school. 2019 was a particularly good year for Juozas having beed awarded Player of the Year from Tennis Ireland. He currently ranks #2 in Ireland in u16 age category. We congratulate him and wish him well in his studies abroad.

The Parent’s Council Award is awarded to a student or students whom the staff feel have contributed in a positive manner to life in Knockbeg. This year it was felt that the entire sixth year group had a lot to contend with after being discommoded, due to the lockdown, due to the uncertainty, while all the time trying to focus on what are very important upcoming exams. Our Head Prefect, Sean Tuomey, accepted this award on behalf of the Leaving Two Class of 2020/2021.

The John Paul II Award and the Papal Cross Award are awarded to students for their involvement in their local parish. Each of the recipients received their award earlier in the year and were invited to attend an online ceremony to celebrate. Many thanks to Catriona Kelly from Graiguecullen Parish Centre for her work in coordinating students from Knockbeg amongst other schools in the locality.

The John Paul II Gold recipients who received their awards at a Diocesan ceremony from Bishop Nulty are Conor Bolger, Oisin Byrne and Darragh O’ Brien.

Well done to all on those achievements.

Best of luck to the Meitheal leaders for next year and hopefully you will have a positive impact on the incoming first years for September 2021. Those leaders are Patrick Joyce, Aodhan Lowry, Jamie Conway, Mark McDermott, Conall Bergin, Adam Dalton, Fionn Heslin, Patrick Murnane, Matthew Farrell and Jack Doyle.

To our six outgoing prefects – thank you for accepting the position of prefect and thanks for being such brilliant roll models in the school community. Thank you Sean Tuomey, Jack Ross, Ian Shanahan, Finn Cummins, Bill Fitzgerald and Kyle Rice.

To our six incoming prefects – Rory Lawlor, Colin Phelan, Coln Dunne, Joshua Devereux, Kyle Nolan and Oisin Byrne. we look forward to working with you in the next academic year and hopefully you will fill the position with honour and pride.

Finally, the presentation of the Merit and Achievement awards.

The Merit award is presented to a student in each year who the subject teachers feel has made the greatest progress and put in a huge effort to improve.

The Achievement Award is presented to the top performing student in each year based on his results in the formal exams throughout the year.

We would like to congratulate all our Award Winners, and wish all our staff, students and their families a happy and healthy Summer. 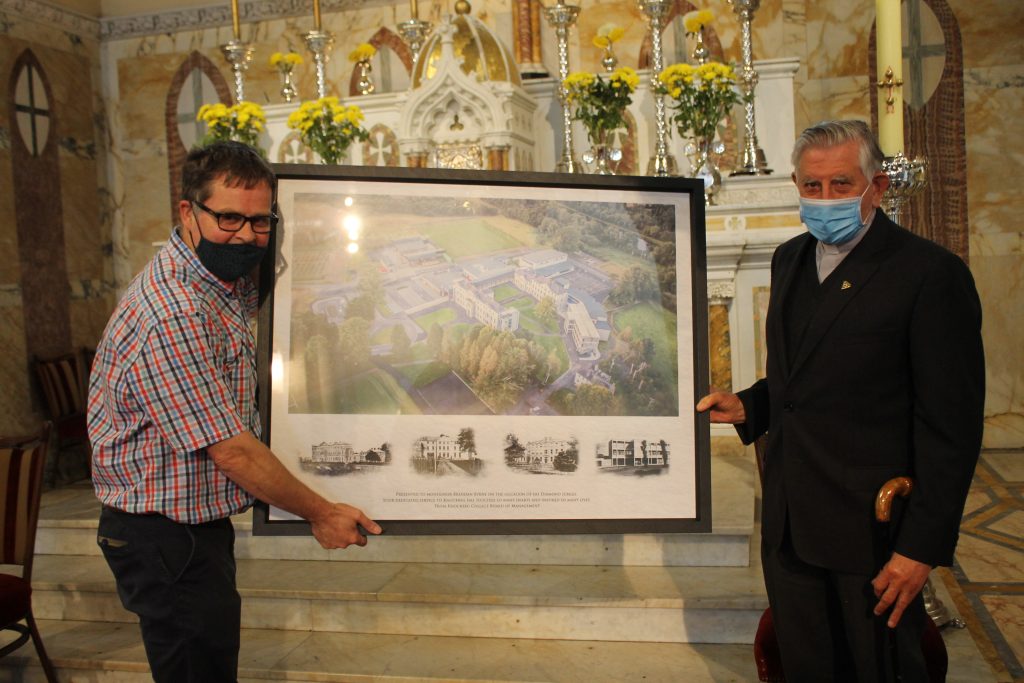 Fr Shem Furlong, Deputy Principal, who will be leaving us in September to carry out Parish duties. 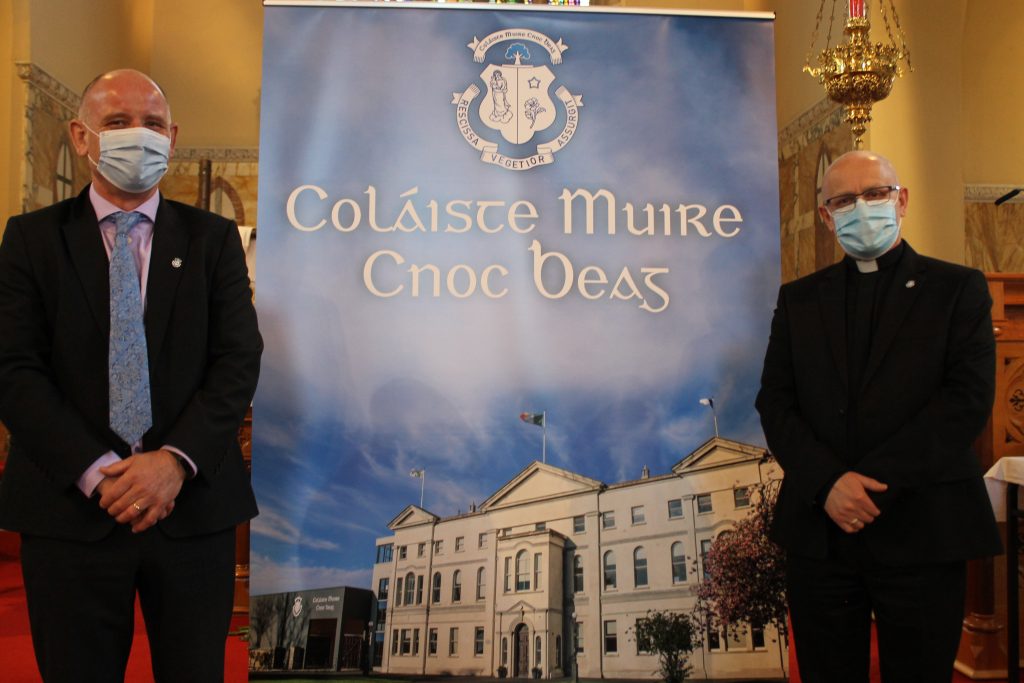 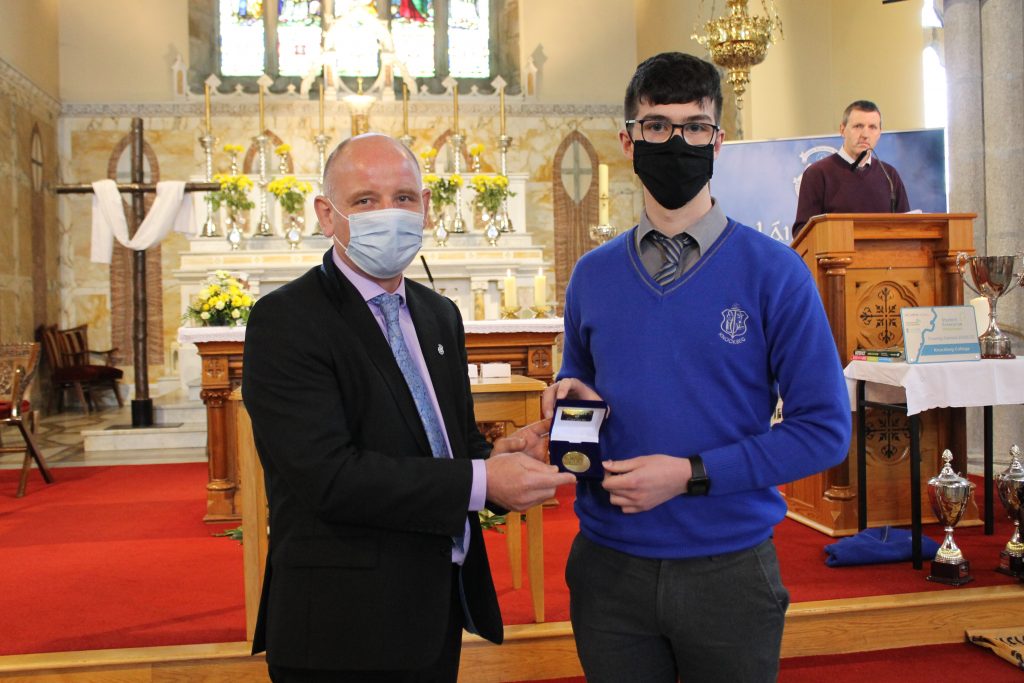 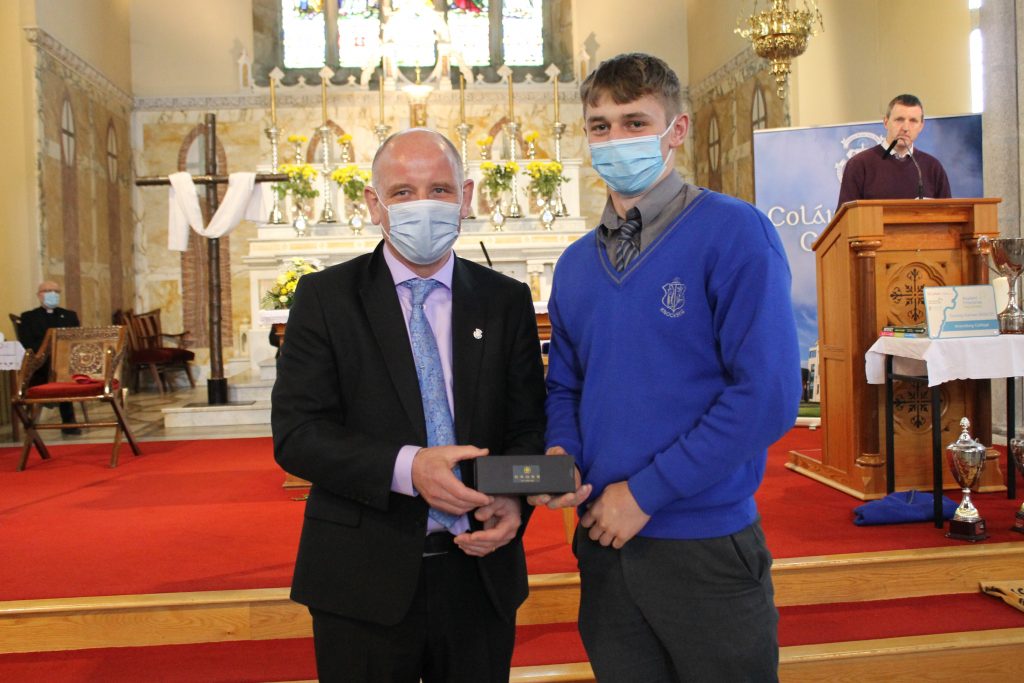 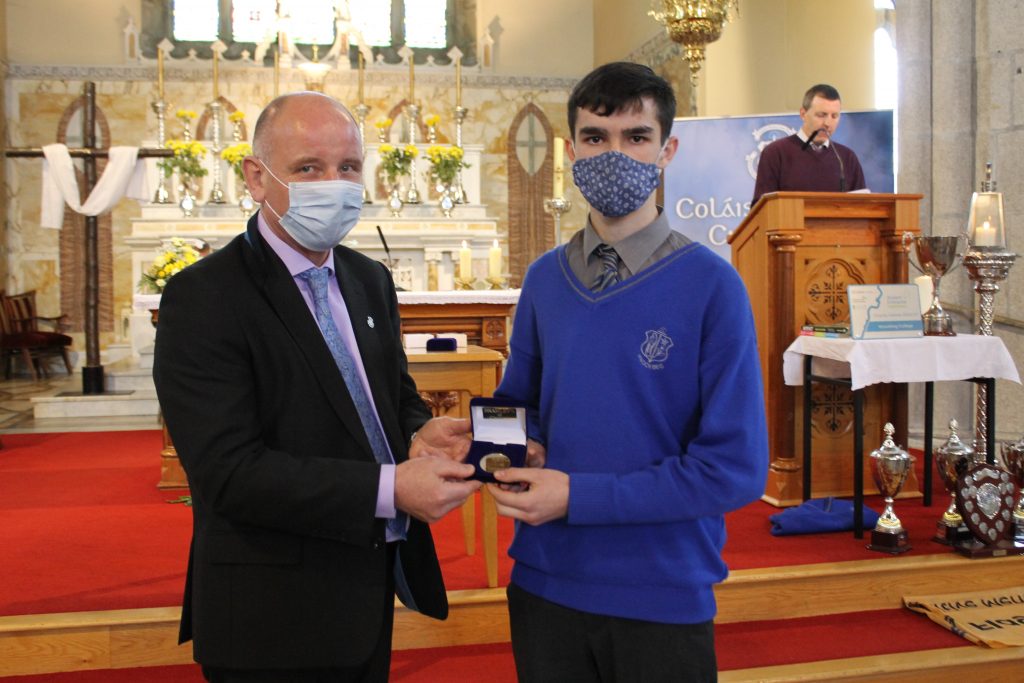 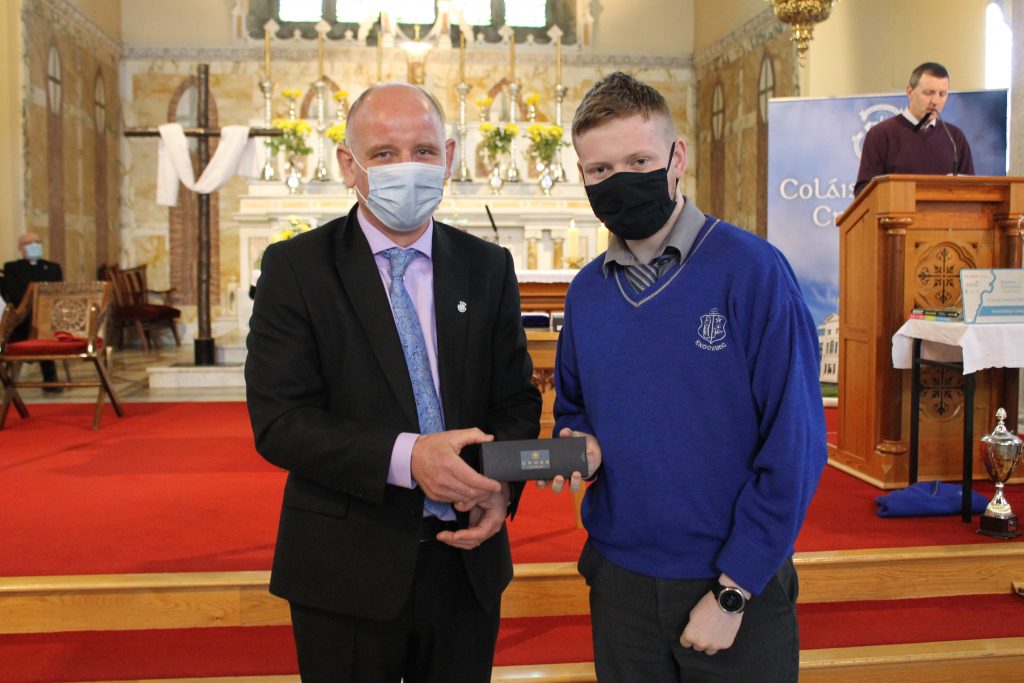 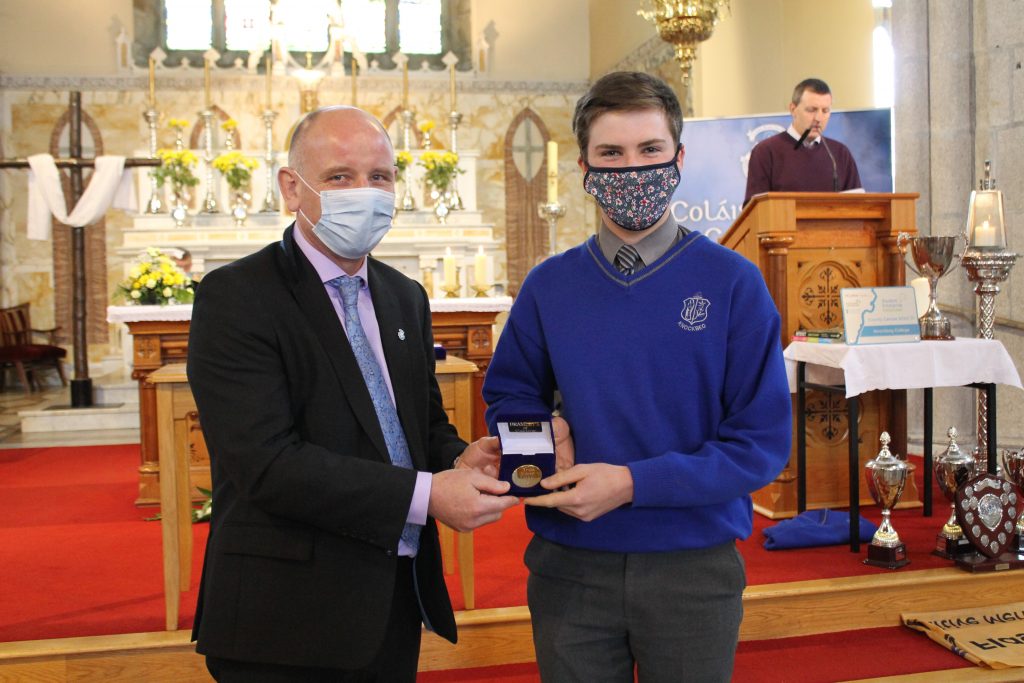 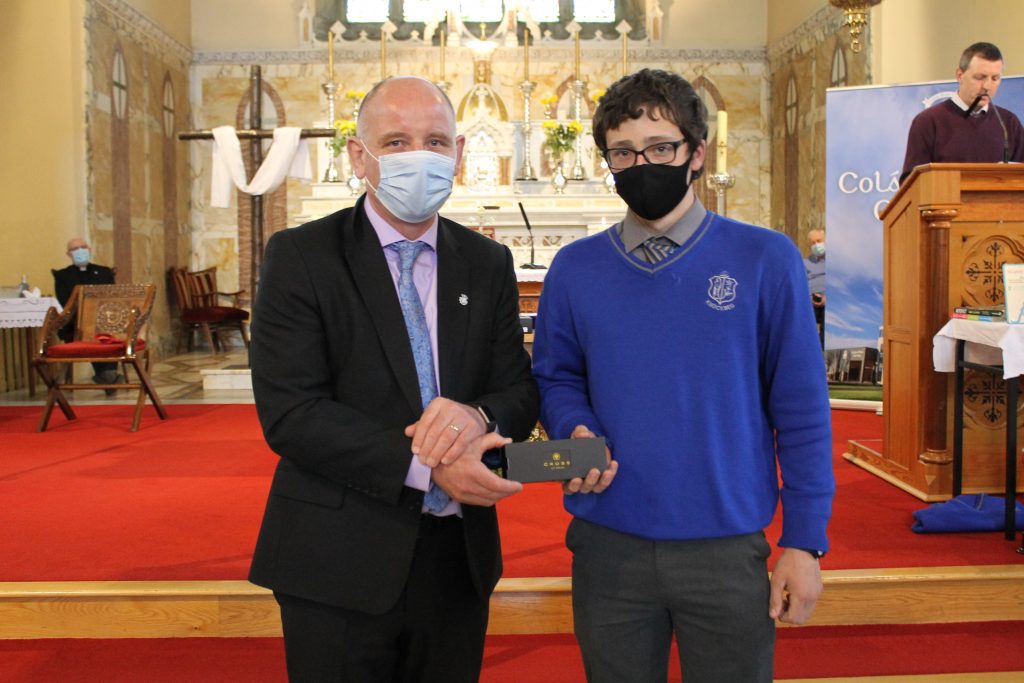 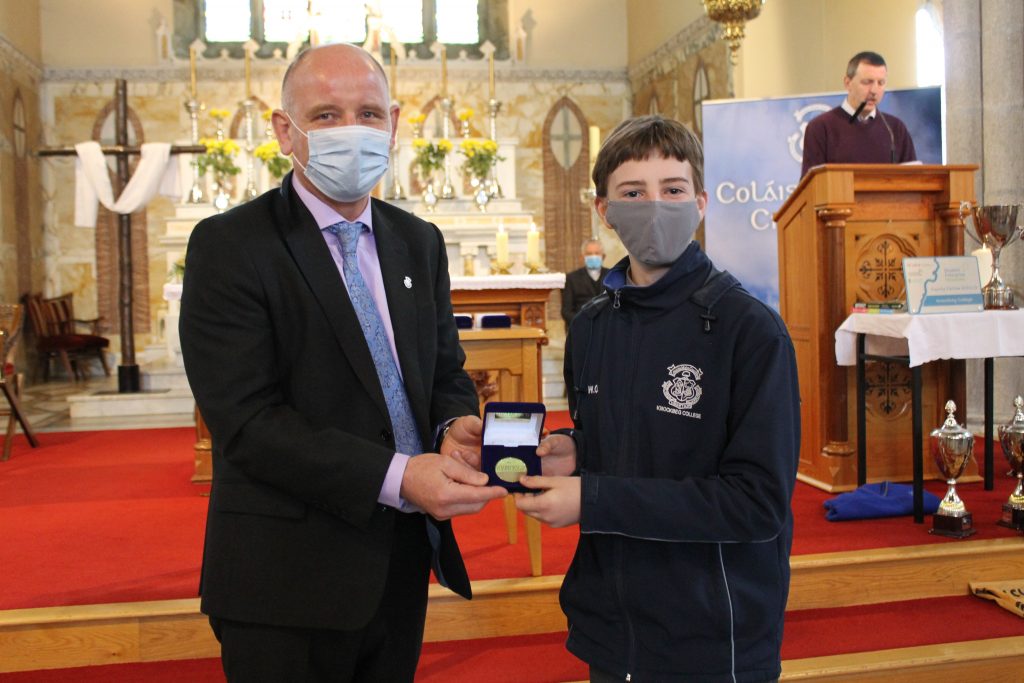 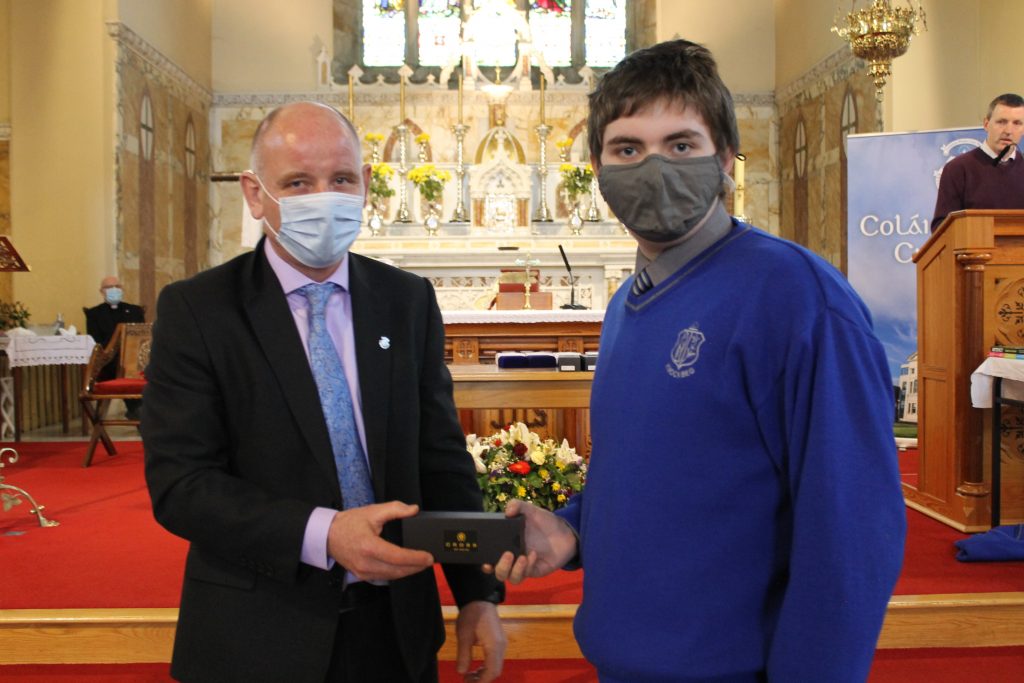 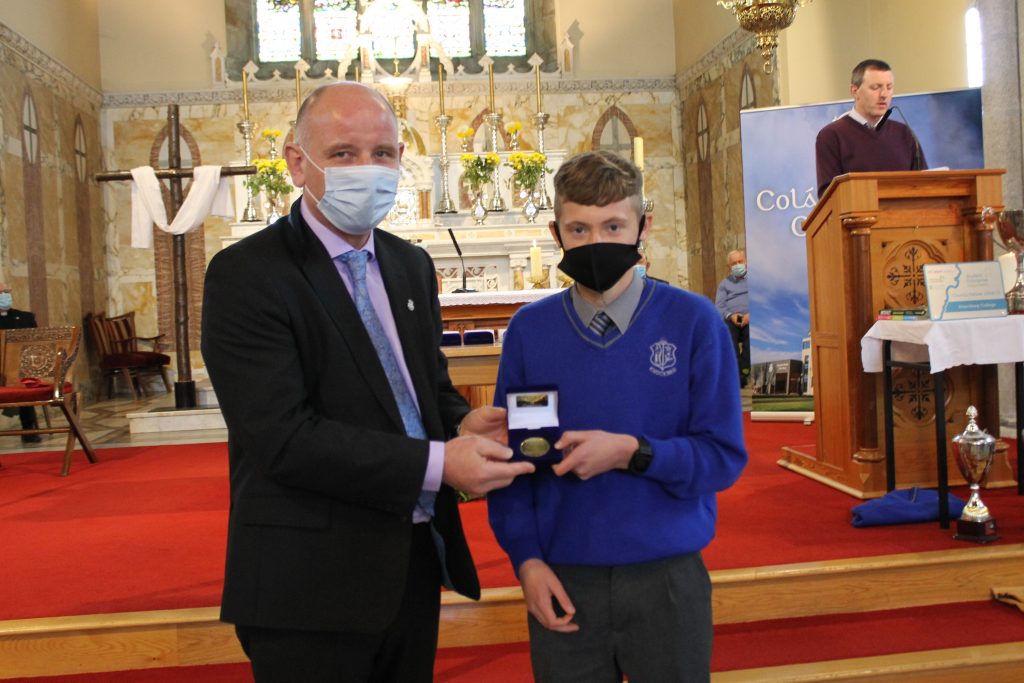 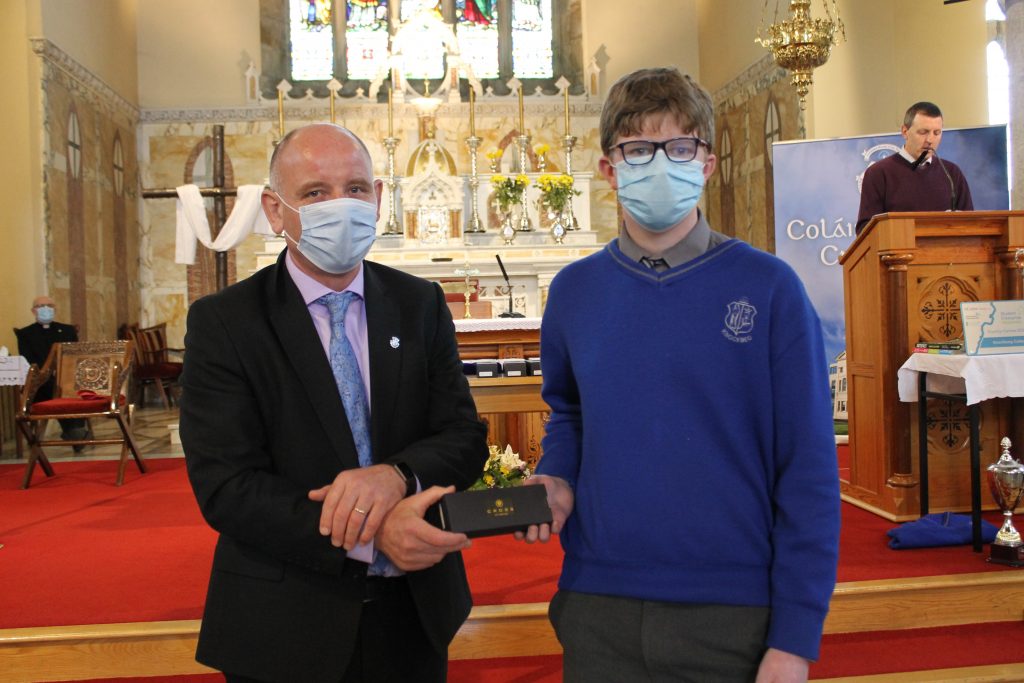 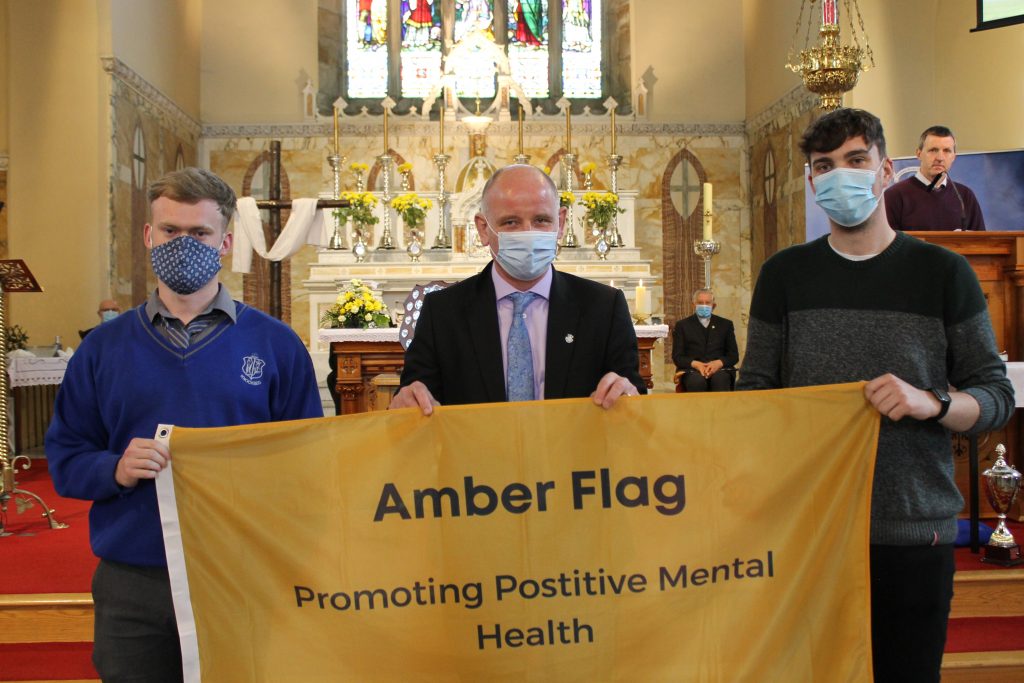