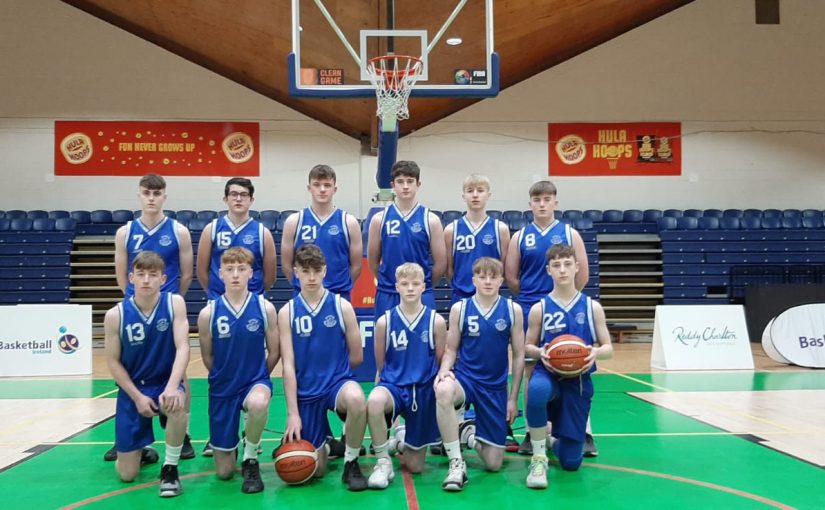 On Friday 7 February Knockbeg’s u16 Basketball team made a trip to the National Basketball Arena to face St. Aiden’s Whitehall in the All Ireland B Quarter Finals. Knockbeg would just fall short on a scoreline of 63-61.

Knockbeg suffered a blow before the game started when Aodhan Lowry suffered an ankle injury just before throw in. This didn’t appear to upset the lads too much as they raced out into a 5-0 lead with scores by Conall Bergin. Aiden’s soon got to grips with the game and 6’ 6 Paul Ryan began causing Knockbeg serious problems from all quarters. By half time Aiden’s had surged into a 13 point lead.

Knockbeg launched a comeback and scores from Conall Bergin, Jack Byrne and Lewis Gannon closed the margin. Despite this Aiden’s managed to maintain the lead throughout the game with continued pressure from Ryan and some good outside shooting. With 5 seconds to go and two points down Knockbeg had one chance to win the game. However, a dubious referee call for an offensive foul ensured Aiden’s would book their place in the semi-final by the narrowest of margins. Honourable mentions go to Conall Bergin and Jack Byrne who scored 38 and 18 points respectively.