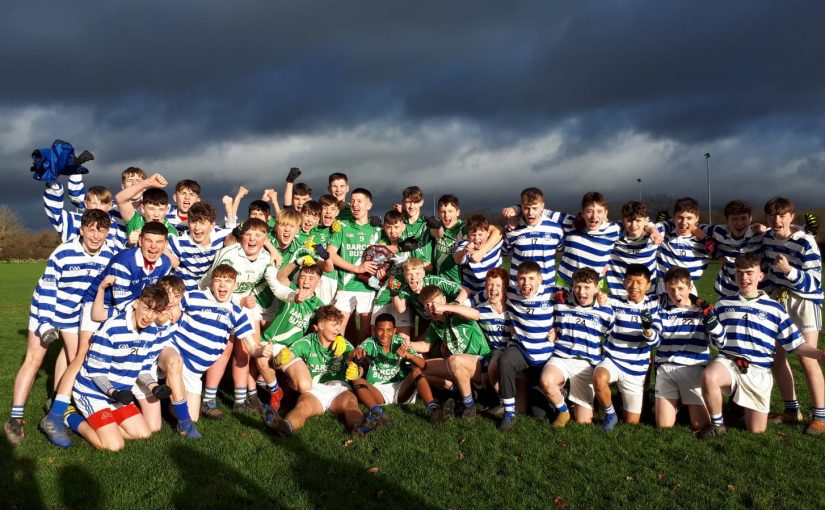 Knockbeg 2nd years came looking for their first silverware of the year, facing Good Counsel of New Ross in Mount Leinster Rangers GFC, Borris. This was the inaugural year of this particular competition as it replaced the old U14 competition. Knockbeg hoped to replicate their away win over Counsel in the group stages but were minus the services of Jack Brennan, Jamie Walker and Brian Broderick through a combination of injury and illness.

Knockbeg set their stall out early as they won the throw in and went straight on the attack. It only took Knockbeg a minute to strike when Bobby Doyle turned his man and slotted it into the back of the net to open the scoring. Doyle from Tinryland only took 5 minutes before he scored a point to put Knockbeg up by 4 points in the first 6 minutes reflecting their early dominance.

With the ball rallying between the two teams for the next few minutes in the middle third, Knockbeg hit Counsel on the break and when a loose ball fell to the feet of the other corner forward Josh Brady he showed all his soccer skills by unleashing a thunderbolt into the top corner for Knockbegs second goal of the game. Knockbeg would stay in the drivers seat with Michael Murphy converting a free as Doyle was fouled. Two wonderful saves by the Counsel keeper followed as one deflected over the bar from another goal bound Doyle effort. Influential midfielder T.J Nolan added another as they dominated the opening third of the game.

Finally, Good Counsel were able to get things going as they found themselves through on goal. However, they were halted by the Knockbeg keeper Sean Browne who tackled their player to the ground. This resulted in a black card for Sean and a penalty. With Michael Gaffney stepping in for the penalty from wing back, he made a brilliant save to keep Good Counsel scoreless before returning to normal defensive duties as Daniel Brennan took over in goals. Counsels first score did follow soon in the 24th minute when their center back put it over the bar. This would be followed by two more points from Good Counsel. They seemed to gain some momentum but still trailed by 9 points at the end of the half.

Good Counsel had come into the second half with a lot more drive and the breeze in their backs but still had a long way to go for a comeback.

No score came for 14 minutes into the second half as Knockbeg held firm until Michael Murphy converted a free right in front of the post followed by another free right after as Doyle bore down on goal again. Almost immediately after, one of Good Counsels backs worked a one two for a well earned point.

Knockbeg and Good Counsel went back and forth for the next 12 minutes with neither team managing to score. Tension between the players were building as the game entered the final quarter.

Suddenly Knockbeg were opened up and let Good Counsel in for a goal. With man of the match Doyle getting his second yellow late on a Counsel rally was expected. But instead Knockbeg kept their heads and worked the ball up the field to win a free which was put over once again by Michael Murphy of which sealed Knockbegs win.

The ref blew it up after 4 minutes of injury time as the celebrations started for the team and supporters as Knockbeg deservedly won the South Leinster A Final on a scoreline of 2-9 to 1-4. 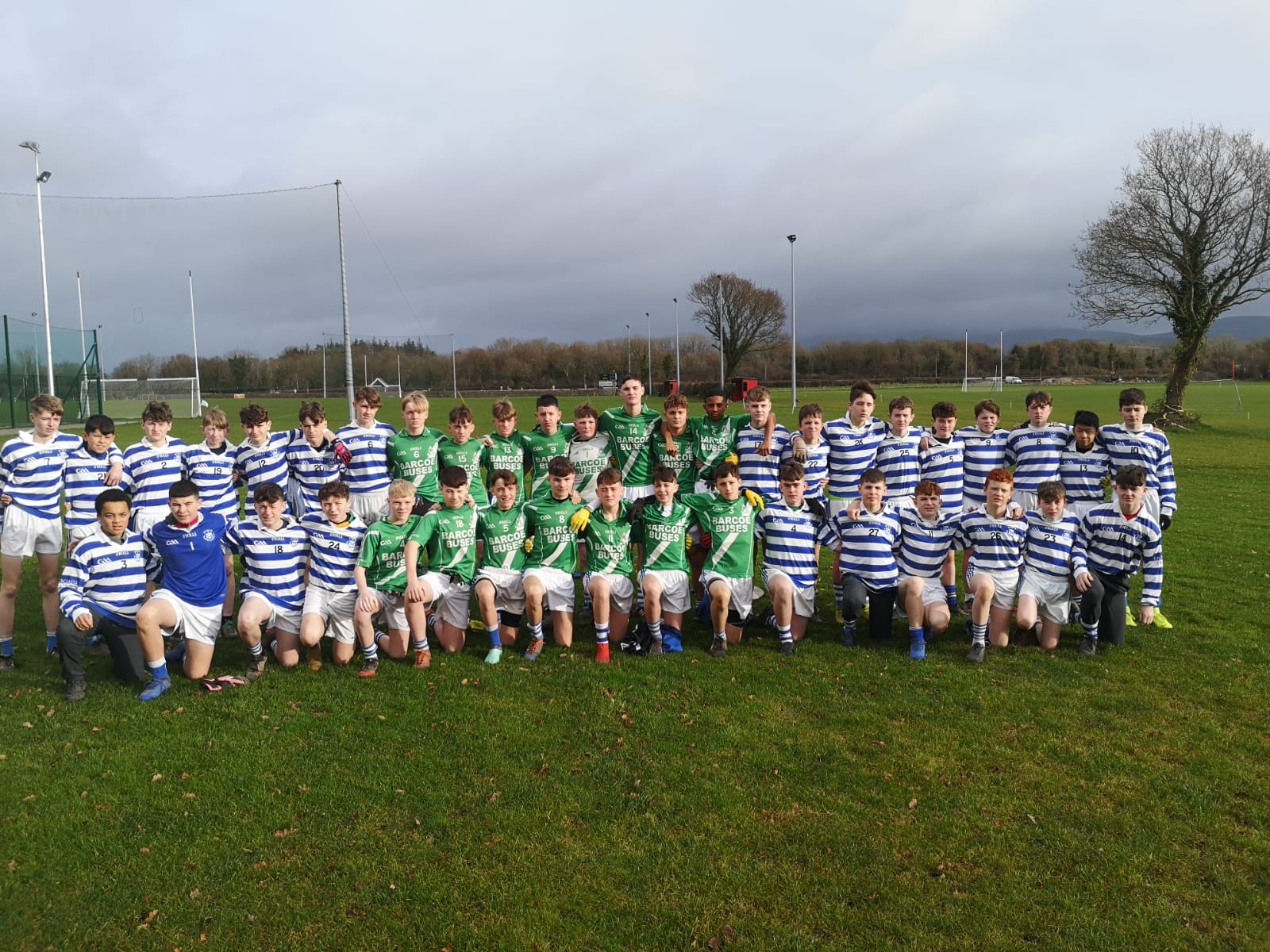