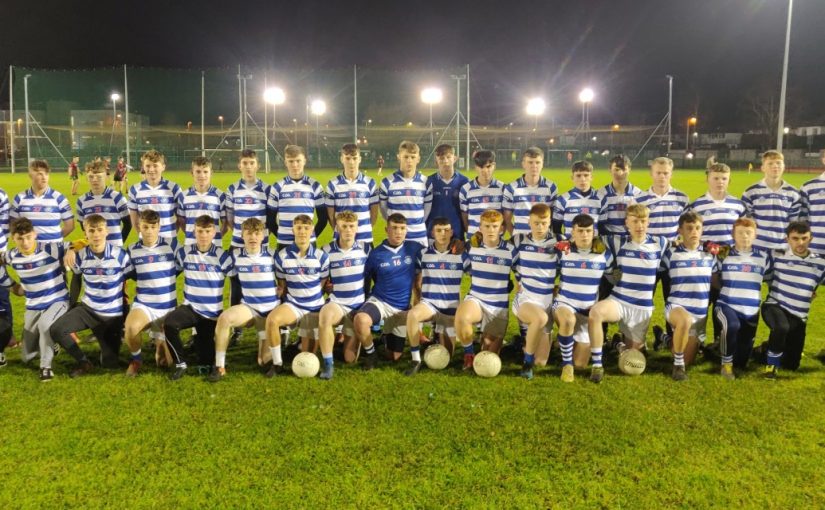 On a cold night in Carlow IT, Knockbeg faced a strong team in the shape of Pres De La Salle Bagnelstown in the Carlow Schools ‘A’ final. The game started with PDLS starting the brighter, racking up 1-3 before Knockbeg finally woke up. A fine kick pass by Ciaran Burke found its way through the PDLS defence to Alex Mackey who slotted it past the PDLS keeper. As quick as the game had been restarted Mackey found himself in a similar position and once again made no mistake in finding the back of the net. PDLS once again took control of the game and they soon got their second goal of the game. It wasn’t until near the end of the first half that Knockbeg would get the scoreboard moving again with Fionn Begin scoring two frees along with a fine effort from Ross Bolger. The half finished with PDLS in front 2-7 to 2-3.

Knockbeg started the better of the two in the second half with Robert Bulmer splitting the post with an effort after the midfield partnership of Ian Shanahan and Ciaran Burke had won the throw up. Paddy Regan followed up Bulmers effort raising a white flag for himself leaving it 2-7 to 2-5 in favour of PDLS but after this early push, PDLS had gained back their form from the first half, keeping the score board moving and Knockbeg at arms length. Coming to the end of the game Ciaran Burke increased his tally, once again putting the ball over the bar. A late goal from Cormac O’Brian, gave hope to Knockbeg but PDLS soon extinguished that hope getting their third goal of the match and along with some late frees as the game drew to an end, they ran out 3-12 to 3-6 winners. 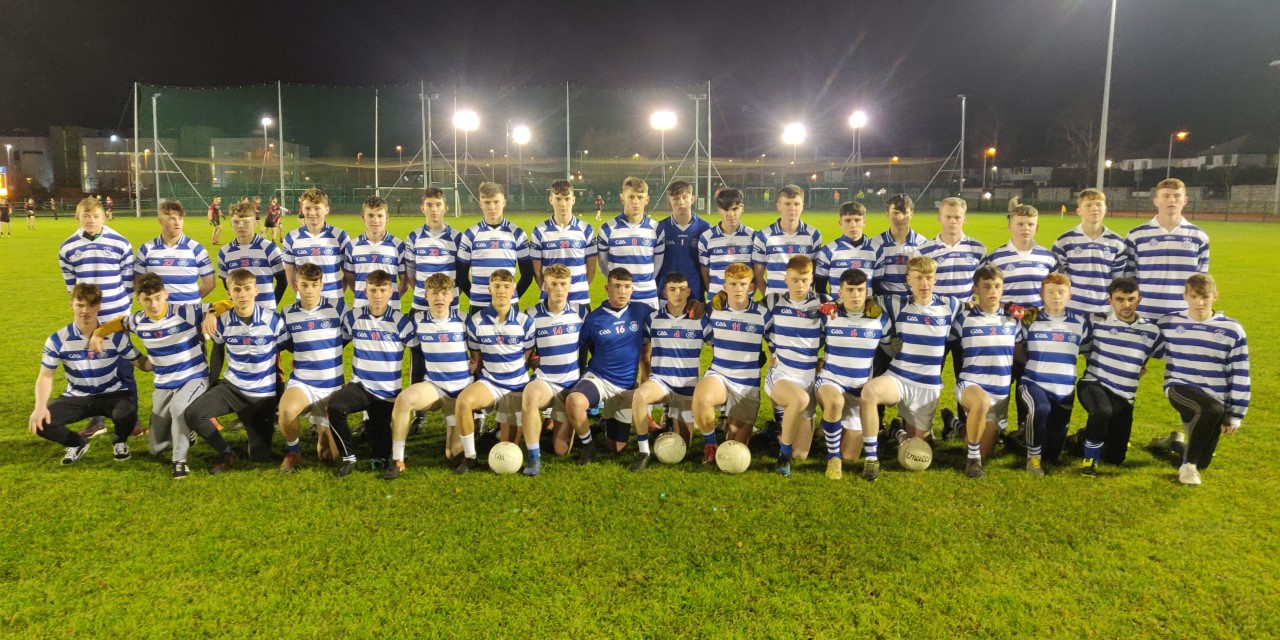