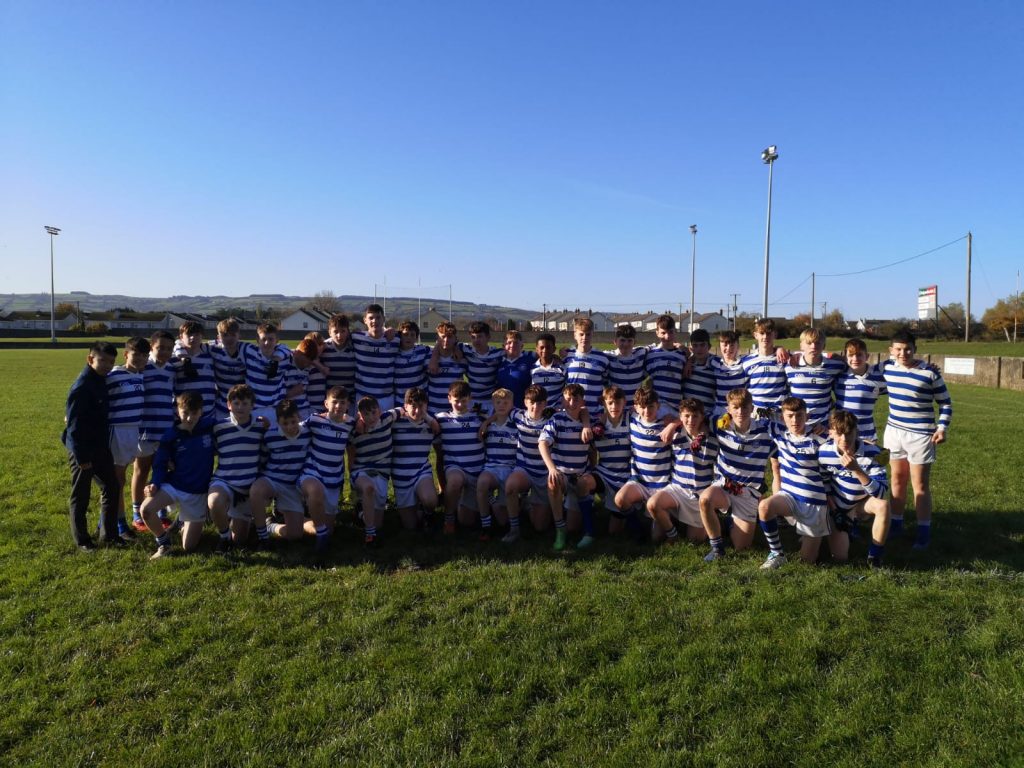 Mikey Murphy led the way with three goals and five points, as Knockbeg ran out winners against Naas CBS in South Leinster A semi-final. Following victories against St Peters and Good Counsel Knockbeg had a home semi final.

On a cold Friday morning in Graigeucullen, the Knockbeg second year team lead by Chris Conway and Jane Moore faced Naas CBS in the South Leinster A semi-final. Just one day after the Knockbeg senior team picked up their first win in this year’s championship at the venue, the second were under pressure to replicate the performance of the senior team and come back to Knockbeg in the South Leinster final.

The match started well for Knockbeg keeping Naas in their own half and when Mikey Murphy won a free on the 28 yards out it looked like Knockbeg were off to the perfect start. Unfortunately, Mikey pulled the free wide and within two minutes Naas had the ball in the back of the Knockbeg net. Naas won the kickout and only for the pressure from Jack Brennan they would have had two goals in minute.
Seven minutes later Darragh Loughman made a burst through the middle and was taken down on the 21-yard line. Mikey learnt his lesson form the last one and put this free over the bar starting his incredible scoring spree for the day.

For the next six for seven minutes Knockbeg put the pressure on, but only managed an Oran Kirwan point. But straight away Naas went up the field and fired a bullet past Sean Browne. Once again Naas won the kickout and slotted it over the bar. However, Knockbeg answered back with another high ball kicked on top of Mikey Murphy this time from a sideline kick, and as per usual Mikey fetched the ball from the sky and finished with his left foot. Leaving the score at Naas 2-1 Knockbeg 1-2.

On the twenty-minute mark Knockbeg came into their own with Josh Brady scoring a goal off a quick free kick. Knockbeg won a free kick from the resulting goal kick and for the third time Mikey Murphy put it over the bar. That was followed up by a shot on goal by Darragh Loughman which got a deflection off the Naas defender into the goal. “It’s a good thing it went in because Mikey was standing at the back post and if I missed Mr. Conway would have killed me”, said Darragh after the match. A minute later fellow midfielder T.J. Nolan topped off Knockbeg’s dominance with a great point from distance.

Despite this purple patch for Knockbeg, Naas went into halftime with the momentum. With two quick points and a goal coming from a soft free. This effectively kept Naas in the game going into halftime down by a point, 3-4 to 3-3.

Naas continued their scoring at the start of the second half by scoring a point off the right upright. They nearly went ahead only for a great point blank save from goalkeeper Sean Browne. Nevertheless, Naas went ahead with a point two minutes later. Knockbeg made a quick burst up the field and the nippy Bobby Doyle was taken down in the box by the Naas corner back earning himself a yellow card. Mikey once again stepped up to tuck away his first penalty of the game.

After two points by Naas, John Phiri picked up a rebound as the keeper made a great save and he fist passed the ball across the goals to Josh Brady who scored his second goal of the but when the referee blew his whistle it wasn’t for a goal rather a wrongly called square ball. This was the first of two bad refereeing decisions in quick succession. While Knockbeg players where still shocked by the fact it was no goal Naas make a burst up the field and score a goal. However, they had 16 players on the field from a free in the half back line but despite Knockbegs protests the goal stood and they found themselves 2 points down.

As per usual the Knockbeg players soldiered on and won a free that Mikey once again kicked over. Then as Bobby Doyle bore down on goal his effort was foot blocked in the square and Knockbeg were awarded another penalty that Mikey placed in the bottom left corner. This was the beginning of the end for Naas as Mikey Murphy and John Phiri both landed great points ending Knockbeg’s scoring for the day putting them 4 up. However, Naas came with a late rally to get back into it. They kicked a point from a free and nearly had a leveling goal if it wasn’t for an amazing goal line clearance by Darragh Loughman.

The game ended with Knockbeg winning by 5-8 to 4-8. Some top performers were the two midfielders T.J. Nolan and Darragh Loughman along with John Phiri and of course Mikey Murphy up front.